Out of the deep 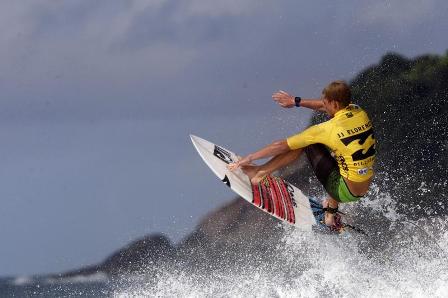 In return for saving the Australian surf brand from a potentially fatal debt crunch, private equity group Altamont gets a 12 pct coupon on loans and up to 40 percent of Billabong’s equity. Existing investors will see scant returns, but without this deal they could have been sunk.

Billabong, the Australian surf clothing brand, said it has secured financing from a consortium led by U.S. private equity group Altamont, including short-term funds of A$395 million ($364 million), and longer-term capital of up to A$502 million. The consortium also included GSO Capital Partners, the credit arm of Blackstone.
Billabong Chief Executive Launa Inman agreed to stand down, to be replaced by former Oakley chief Scott Olivet. If the deal goes through, Altamont will also take two seats on Billabong’s board.
As part of the deal, the Altamont-led consortium will extend a A$325 million bridging loan, and buy Billabong’s Dakine brand for A$70 million. Billabong will subsequently refinance the debt with a term loan of up to A$281 million and the purchase of A$44 million of convertible notes. If the notes are converted, and options granted to Altamont that are exercisable over seven years are factored in, the U.S. firm could emerge with 40 percent of Billabong’s equity.
GE Capital had also provided a working capital loan facility of up to A$177 million, to be secured against accounts receivable and inventory.
Since February 2012 Billabong has held unsuccessful takeover talks with bidders including TPG, Bain Capital, Sycamore Partners and retailer VF Corporation. It had A$287 million of borrowings at the end of 2012. Most of the debt is booked as being due for repayment within a year.