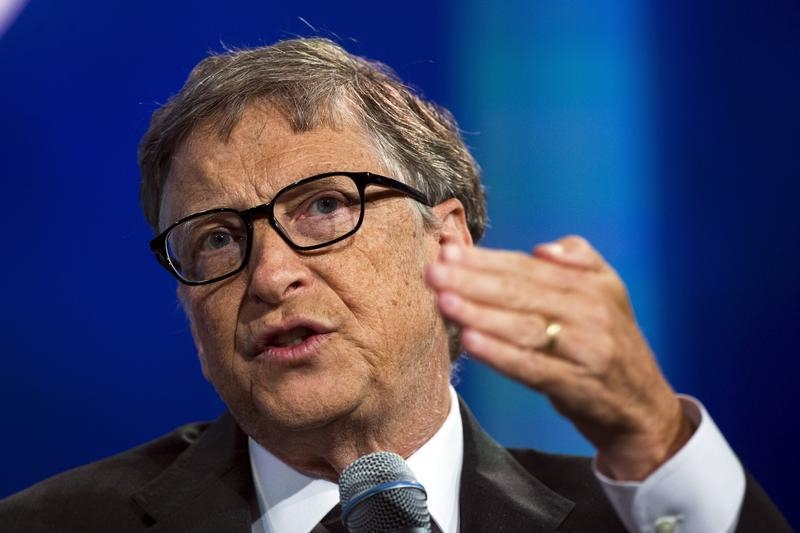 A gaggle of billionaires have put some extra thrust behind the idea of a clean-energy moon shot. Microsoft founder Bill Gates, Facebook Chief Executive Mark Zuckerberg, Alibaba Chairman Jack Ma and Amazon boss Jeff Bezos are among more than two dozen deep-pocketed backers who agreed on Monday to pool their lucre to make investments in climate-friendly technologies as global climate talks kicked off in Paris. The aim is worthy, but such ambitious projects have an inconsistent record. At least these entrepreneurs know how to tolerate serious cash burn.

The new Breakthrough Energy Coalition comes amid a growing clamor for aggressive investments in new energy technologies – akin to the 1960s effort to put a man on the moon – to replace traditional fossil fuels. In a related announcement, 20 countries including the United States, France and India said they would double the $10 billion they collectively spend on clean-energy research and development over the next five years. Higher spending could give a jolt to renewable energy, which supplied just over 13 percent of the world’s total power needs in 2012, according to the International Energy Agency.

With enough money, the billionaires could pick up where governments leave off by helping promising new ideas in batteries, fusion and beyond bridge the so-called “valley of death” between laboratory proof of concept and commercial viability. Details, however, were scant, beyond some basic principles to invest early, broadly, boldly, wisely and together.

Big-money social activism has produced mixed results. While the Bill & Melinda Gates Foundation has won plaudits for its success fighting polio and malaria, Zuckerberg came away with little to show for his high-profile $100 million investment in the schools of Newark, New Jersey.

On the bright side, Zuckerberg, Bezos and many of the other founders involved in the new clean-energy initiative built their fortunes spending heavily on risky projects with no guarantee of success. They have endured skeptics and failure. It’ll take that sort of entrepreneurial bravado and patience for such a bold endeavor in fledgling fields that involve both governments and the quest for profit.

A group of prominent billionaires on Nov. 30 said they would join governments in a new initiative to invest billions of dollars in “patient, flexible risk capital” in clean energy technologies.

A group of prominent billionaires on Nov. 30 said they would join governments in a new initiative to invest billions of dollars in “patient, flexible risk capital” in clean energy technologies.