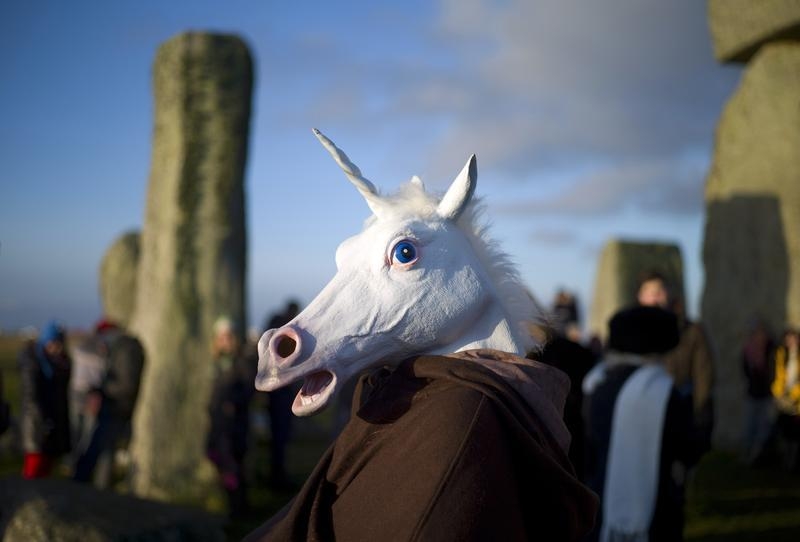 Allogene hopes to sell off-the-shelf cancer immunotherapies. But the firm is under a year old and its treatments may take 10 years to reach the market. Going public bucks the trend of startups staying private for longer. Its founders are striking while their reputations are hot.

A reveller, dressed as a unicorn, at Stonehenge on Salisbury Plain in southern England December 21, 2012.

Allogene Therapeutics priced an initial public offering of 18 million shares at $18 each on Oct. 10, giving the immunotherapy company a market capitalization of over $2 billion counting a greenshoe option granted to underwriters. The stock began trading Oct. 11, rising more than 30 percent to $23.64 at 12:10 p.m. EDT.

Allogene was founded in December 2017. In April, the company raised $300 million in Series A funding. Pfizer injected drug candidates and cash into the firm in exchange for shares, as well as possible royalty and milestone payments on the therapies. Pfizer has a roughly 19 percent stake in the company, following the IPO.

The company was founded by Arie Belldegrun and David Chang, who had been the chief executive and chief medical officer, respectively, at Kite Pharma. Gilead Sciences purchased Kite for $12 billion in 2017.