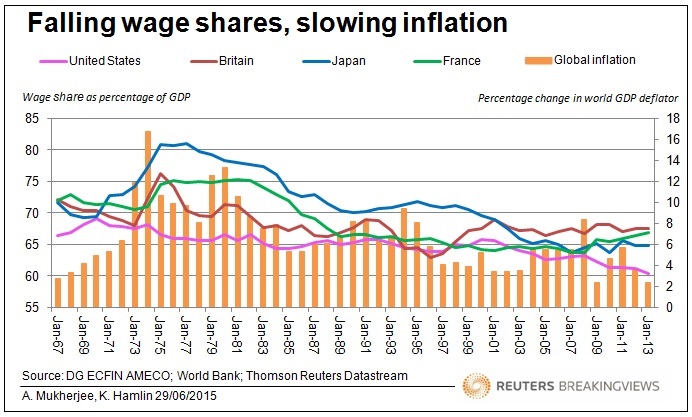 The Basel-based body wants central banks to focus more on fighting financial excesses and less on stoking demand. That’s fine, but labour’s falling share in output – and the disinflation that it helps create – present challenges that monetary authorities will have to deal with.

The Bank for International Settlements urged policymakers to move away from “overwhelming attention to near-term output and inflation” and to more fully appreciate the risks to financial stability from ultra-low interest rates. “Monetary policy has taken on far too much of the burden of boosting output. And in the meantime, productivity growth has continued to decline,” the BIS said in its annual report released on June 28.

The Basel-based institution wants central banks to maintain financial stability by adopting monetary policy frameworks that “allow for scope to tighten during financial booms even if near-term inflation is low and stable, and to ease less aggressively and persistently during busts.”