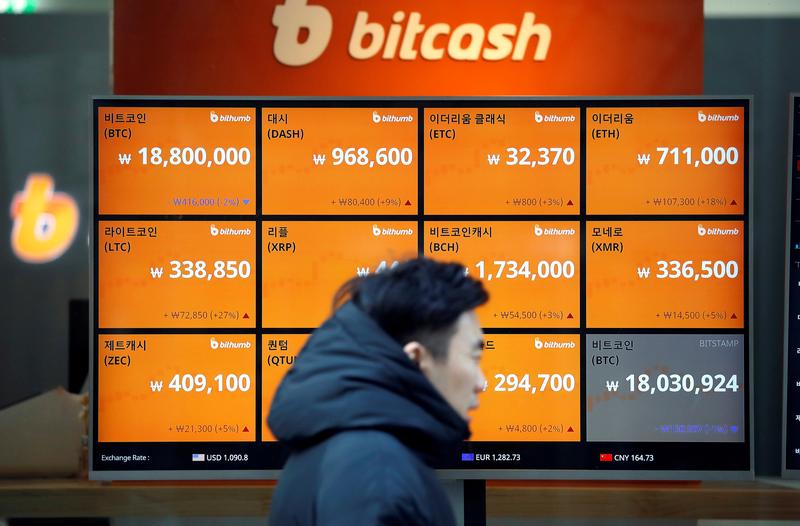 Japan and South Korea make up half of global trading volumes in the $300 bln bitcoin market. Tokyo has officially recognised digital currency exchanges. Seoul is mulling the same. Regulations help contain risk but also increase acceptance and allure of this untouchable cash.

A man walks past an electric board showing exchange rates of various cryptocurrencies including Bitcoin (top L) at a cryptocurrencies exchange in Seoul, South Korea December 13, 2017. REUTERS/Kim Hong-Ji - RC161BA31E70

A South Korean crytocurrency exchange on Dec. 19 said it was shutting down and filing for bankruptcy after it was hacked for the second time this year.

The exchange, Youbit, announced on its website that it had been hacked, causing a loss of 17 percent of its total assets. It added that all users' digital currency assets will be marked down to 75 percent of their value. Youbit has also stopped all trading.

Separately, the South Korean government on Dec. 13 said it was considering new regulations on cryptocurrencies, including taxing capital gains from trading of virtual currency, and banning minors from opening accounts on exchanges.

The proposals, which will need parliamentary approval, were announced after an emergency meeting that was prompted by sharp market volatility in virtual currency trading.