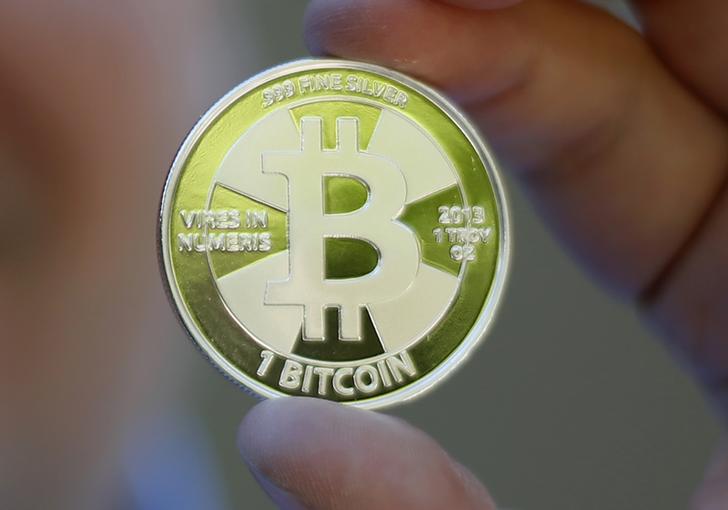 Bitcoin’s defects will hasten its demise in 2015. The leading crypto-currency’s economies of scale in mining and its transaction system’s vulnerability to subversion by a dominant miner make it unsound. As seignorage declines it will become cost-uncompetitive for transactions. These flaws will cause its price to lose further altitude.

The digital currency is controlled not by a state but by an underlying algorithm by which participants can “mine” bitcoins through solving mathematical problems. The universe of miners can then validate “blockchains” of bitcoin transactions by majority vote, weighted by their mining effort. As a reward, miners receive more bitcoins, distributed randomly.

By combining their activities, the currency’s creators can increase their probability of receiving a bitcoin, which can be shared between them. Assuming miners are risk-averse, the system slants toward monopoly. This theoretical tendency is validated by the current bitcoin setup, in which a single mine, GHash.IO, which pools the interests of individual participants, currently controls about 39 percent of mining activity, according to Blockchain.com.

If a miner came to control more than half of bitcoin creation, it could choose which blockchains to validate; the participants would then depend upon its integrity, no differently than they depend on trust in a government in a fiat money system.

Over time, the rate of bitcoin production declines and the amount of “work” required to produce one increases. By early October, 2014, the “hash rate” per bitcoin had increased 60 billion-fold since January 2010. Moore’s Law, defining the increasing power of processors, counteracts this but not sufficiently; a July 2014 study by Australian researcher Hass McCook calculated that the cost of bitcoin production including equipment was about $600 per coin and the marginal cost of power was about $57 per coin. These figures compare with the current bitcoin price of around $325, suggesting that capacity will decline over time unless the price rises sharply.

Bitcoin’s flaws are becoming more evident, which may explain why prices more than halved in 2014. That trend should continue.