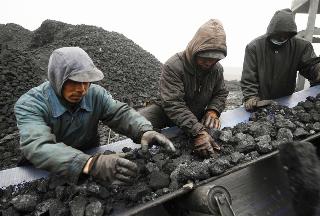 Simmering worries about India’s cheapo sell-off of its coal asset could yet explode. The economic consequences may well be worse than those which followed the telecoms mess up. Consumers eventually benefited from the mobile licences scandal. Coal could prove murkier.

If India had auctioned its coalmines rather than allocating them on a first-come first-served basis it may have raised an extra $211 billion, according to a leaked draft report from India’s audit office. Where have all the gains from this bargain-basement sell off ended up?

Experience from the scandal over the sale of second generation (2G) mobile phone licences holds some clues. In that case the auditor estimates that an auction could have raised an additional $39 billion. Firms who immediately sold licences on to another investor for a higher price certainly got a windfall, although the majority kept hold of their spectrum. But the 2008 sale of spectrum brought new players into the market and also spurred competition. And as tariffs fell, consumers gained more than the corporates.

But things may play out differently in coalmining. Companies which were allocated mines were not allowed to sell coal directly to the market. They were allocated mines in order to generate the power to make iron and steel. Tata Steel, Jindal, ArcelorMittal and Vedanta are some of the beneficiaries cited in the draft report.

The auditor indicated that the cost of coal from the mines was substantially below what the firms would have paid to Coal India, the national operator. And Coal India itself prices the fuel at up to 70 percent below the international market price.

Unlike the 2G case, where a competitive local market drove prices down, steel makers (among other beneficiaries) operate an international market. In theory at least, they could have pocketed the savings made as a result of lower input costs.

It may be that the cheap coal gave India a leg up that, in time, will prove invaluable. Industries vital to economic development may have struggled without help from what might, effectively, be seen as a massive state subsidy. The risk, though, is that a few will be seen to have garnered unseemly riches at the expense of the many. As well as being unfair, that could set back India’s economic development.

Miners prepare coal for transport at a coal mine site in Changzhi. Resourcehouse, a mining company under the control of Australian tycoon Clive Palmer, will not list this year.

An official audit report of the Government of India’s handling of coalfield sales will not change substantially from the leaked draft that talked of $211 billion in lost revenues, sources told Reuters on March 26.
The draft report which was published by The Times of India on March 21, said the sale of 155 coalfields to about 100 private and state-run firms between 2004 and 2009 had cost the government $211 billion.
In response to the leak the Comptroller and Auditor General, India’s national audit office, called parts of the draft “exceedingly misleading” and the prime minister’s office tried to quell the row, which sparked uproar in parliament and stoked fears of another major corruption scandal.