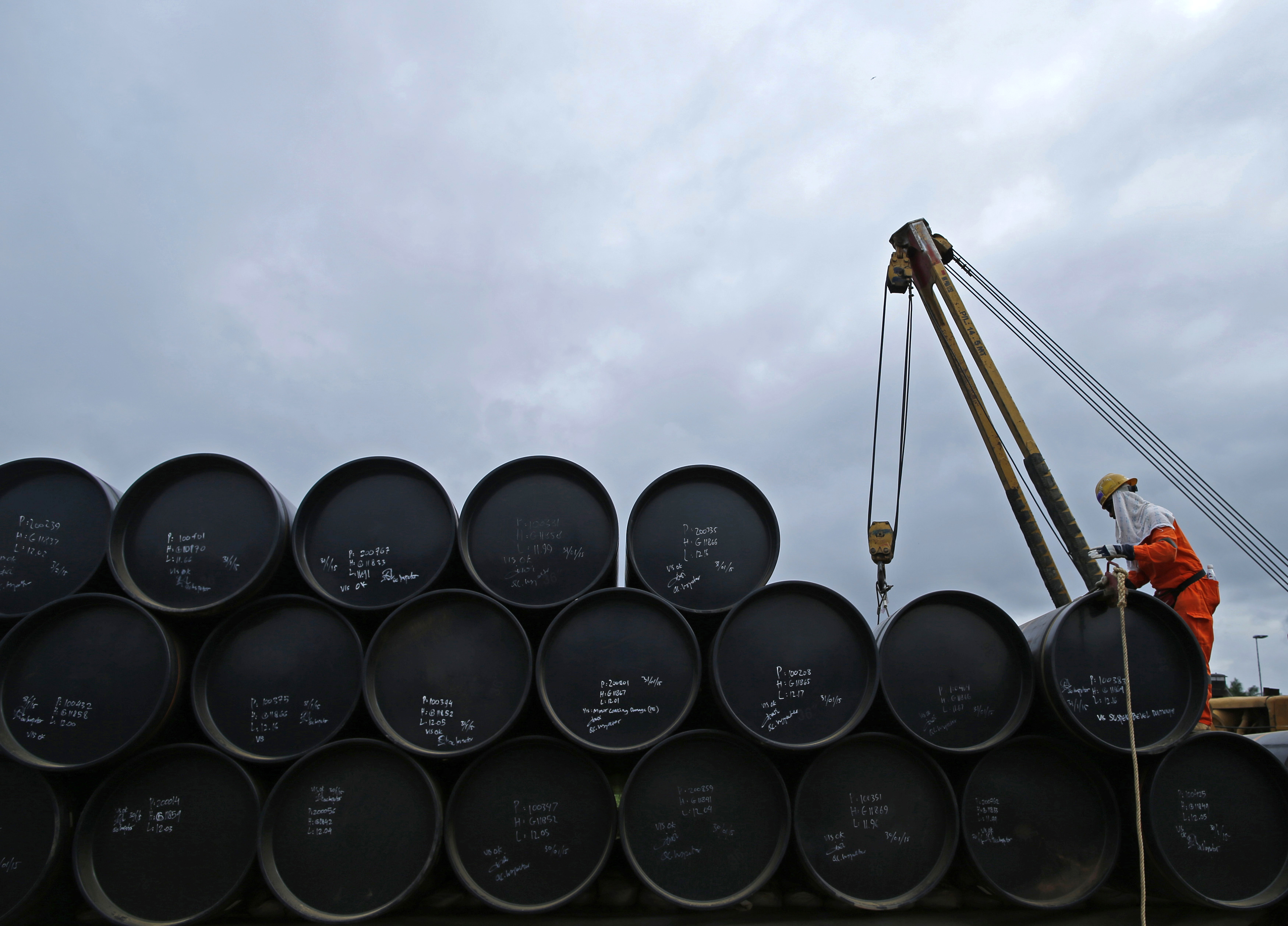 U.S. crude prices dropped another 3.7 pct on the same day data showed wind and solar making up 10 pct of America’s power generation for the first time. The trends may not be directly related, but they both reflect technology and demand trends that bode ill for fossil fuels.

A worker prepares to transport oil pipelines to be laid for the Pengerang Gas Pipeline Project at an area 40km (24 miles) away from the Pengerang Integrated Petroleum Complex in Pengerang, Johor, February 4, 2015.