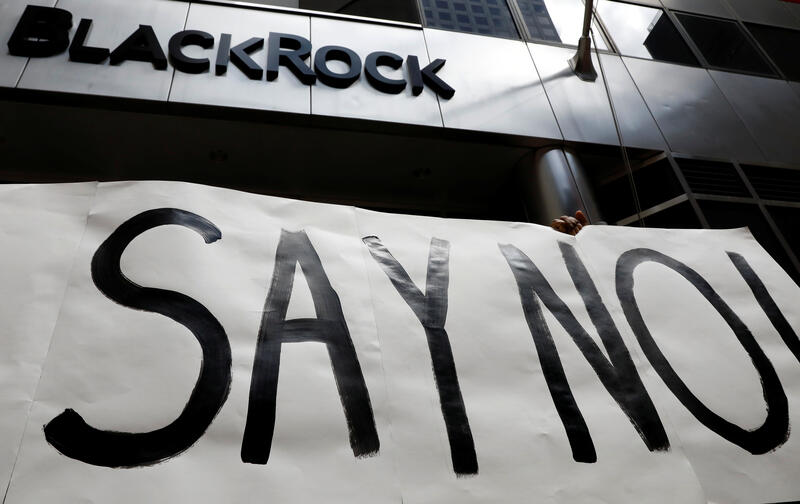 BlackRock has a hotline to the bosses of the world’s biggest companies, thanks to its role managing $8 trillion of other people’s money. Having helped bring stock ownership to millions of small investors, BlackRock could go one better and give those same people the power to wield their shares in company votes.

More than half of BlackRock’s assets under management sit in index trackers and exchange-traded funds. The company run by Larry Fink buys and holds the shares, and bears the right to vote in shareholder meetings, though doesn’t itself gain or lose when stock prices move. Its funds typically own around 5% of big U.S. companies, from iPhone maker Apple to Utah’s Zions Bancorp.

BlackRock engages with thousands of companies on topics like sustainability. But sometimes its decisions are questionable. For example, BlackRock backed Chinese companies’ proposals to enshrine the Chinese Communist Party’s interests above those of investors in 2017. Expressing views on censorship, gun safety or diversity through its governance and voting policies can also make BlackRock a political target. Republican U.S. senators seized on the firm’s climate change stance as a sign of its political leanings in 2020.

Fink’s company is in part trying to channel what it hears from investors. Handing voting decisions to them directly would avoid misunderstandings. Doing so is far from simple, however, especially for products like ETFs, where BlackRock may have no direct link to the ultimate holder.

The Securities and Exchange Commission considered so-called pass-through voting in the 1970s and decided it was unworkable. But technology has advanced a long way since then. BlackRock’s Aladdin software amasses data on a scale unthinkable when it was created two decades ago. Fink’s company is buying Aperio, a technology firm that lets clients manage tailored portfolios, in a step towards giving more control to individual customers.

Introducing real shareholder democracy could be a worthy stretch project. Sure, asking most investors to vote on tens of thousands of director nominations and shareholder proposals is pointless. But giving them the option to do so, or to choose between BlackRock’s recommended voting preferences or alternative tailored policies, could be a selling point. There are technological, logistical and regulatory barriers to overcome. But connecting investors more directly to the companies they own could be Fink’s next contribution to finance.