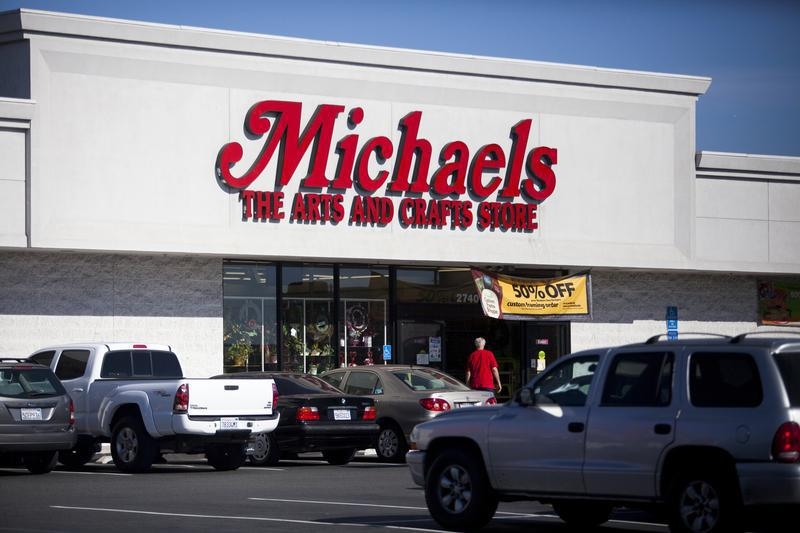 Blackstone and Bain Capital have crafted something of a crisis keepsake. The private equity firms are taking public Michaels, eight long years after buying the U.S. art supplies retailer for $6 billion. Although everything didn’t go as the owners originally designed, they managed to piece together cost cuts, growth, debt and a dividend for their extended investment project.

At the top of the buyout boom, Blackstone and Bain adorned then debt-free Michaels’ balance sheet with nearly $4 billion of borrowed money. The loans eventually traded as low as 10 cents on the dollar, but the downturn didn’t sting the company’s approximately 1,200 stores as badly as other merchants, thanks in part to the affordable activities it peddles to struggling families.

Annual sales held steady at around $3.8 billion through 2009, enabling management to put some of its plans into action. More goods were sourced from Asia while Michaels simultaneously developed its own in-house brands, which led to higher-margin sales. Its first Manhattan store, opened five years ago, has become the highest-grossing location. The company’s net income doubled over three years to $200 million in 2012, when it first unwrapped plans for an initial public offering.

The stroke suffered by Michaels’ chief executive just a few weeks later put the stock sale on hold. Breaking in a new boss and riding out subsequent volatile equity markets forced Blackstone and Bain to sketch out a new way to generate a return. They enlisted enthusiastic junk bond buyers last year to help fund a dividend worth more than $700 million.

At the midpoint of the price range for next week’s scheduled IPO, Michaels’ equity would be worth about $3.7 billion, or a little more than twice what the buyout firms originally put in. Stitch it all together and the deal delivers an internal rate of return, before fees, of about 13 percent.

That exceeds the latest available IRR for the Blackstone and Bain funds involved and the 7 percent annualized total return on the S&P 500 Index over the same span. Although it falls short of the private equity industry’s return ambitions, all the creativity applied to Michaels should still make it one for the scrapbook.

A shopper walks into a Michaels arts and crafts store in the Loma Portal area of San Diego, California January 27, 2014. Michaels Companies Inc, the biggest U.S. arts and crafts retailer, said it is investigating a possible security breach on its payment card network and advised customers to check their financial statements for fraudulent activity. If confirmed, it would mark the second known data breach since 2011 at Michaels, which is preparing to sell shares in an initial public offering. REUTERS/Sam Hodgson

U.S. arts and crafts retailer Michaels plans to raise about $500 million in an initial public offering expected the week of June 23. The company is offering 27.8 million shares at between $17 and $19 each, according to a regulatory filing on June 16.

Blackstone Group, Bain Capital Partners and others bought Michaels in 2006 for about $6 billion, writing an equity check of about $1.8 billion. At the midpoint of the price range, the company’s shares would be worth about $3.7 billion based on the approximately 203 million shares outstanding after the offer. Including debt, Michaels would have an enterprise value of about $7.1 billion.