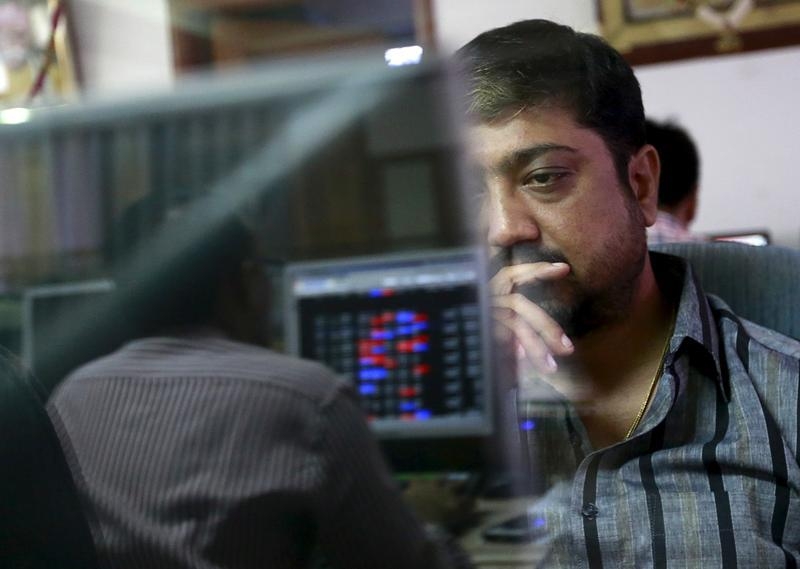 Blackstone is betting that political shouting over American visas for foreign workers will come to nothing. The buyout group is offering up to $1.1 billion in cash for Mphasis, an Indian IT outsourcer. That looks brave at a time when most U.S. presidential candidates are touting restrictions to a controversial visa programme that is critical to the industry’s success. The risk might explain why Blackstone has negotiated terms with seller Hewlett Packard Enterprise that offer it some downside protection.

The private equity firm will buy most of HPE’s 60.5 percent stake in Mphasis, which earns the majority of its revenue from providing IT support to clients in the United States in sectors like banking and insurance. That potentially inserts Blackstone into the ongoing U.S. controversy over visas for skilled workers, which outsourcing companies need so that employees can work onsite for American clients. Just late last year the U.S. doubled fees for skilled worker visas, prompting India to make a formal complaint to the World Trade Organization. Presidential candidates ranging from Donald Trump to Bernie Sanders have vowed further restrictions.

A low valuation helps safeguard what is one of the biggest-ever private equity investments in India. Blackstone is offering between 2 and 9 percent less than Mphasis’ last closing share price on April 1, valuing the Indian company at a multiple of between 11 and 12 times its net profit for the full year to March 2017, according to forecasts compiled by Eikon. That looks cheap when compared with peers. Smaller rival Geometric, which last week received an all-share takeover offer from HCL Technologies, is trading on around 14.5 times earnings. Industry giant Tata Consultancy trades on a multiple of around 18.

A long-term contract with the seller also buys Blackstone breathing space. Business that came through HPE added $300 million to the Indian company’s revenue in the year to March 2015, or 34 percent of the total. The terms of the deal guarantees that Mphasis will receive $990 million in revenue from the U.S. group over the next five years. That implies HPE-related revenues will decline by around 13 percent each year – almost half the rate that analysts at Kotak had previously expected them to shrink. Meanwhile, being owned by Blackstone could open new doors: the U.S. group has already identified 80 companies in its global portfolio that Mphasis could potentially serve.

India’s IT industry is a regular punch bag for politicians. Yet while the existing visa scheme is open to abuse, American companies complain of a chronic shortage of local IT talent. As long as market forces prevail, Blackstone’s Indian bet could be a winner.

A broker reacts while trading at his computer terminal at a stock brokerage firm in Mumbai, India, August 24, 2015. India's benchmark BSE index fell more than 5 percent on Monday to their lowest in a year, as a rout in Chinese equities sparked widespread unrest in global financial markets. REUTERS/Danish Siddiqui

Blackstone said on April 4 that funds it manages have agreed to buy a majority stake in Indian IT outsourcer Mphasis for up to 70.71 billion rupees ($1.1 billion).

The private equity group will buy at least 84 percent of a 60.5 percent stake in Mphasis owned by Hewlett Packard Enterprise at a price of 430 rupees per share, or a discount of 8.19 percent to the closing price on April 1.

In accordance with local takeover rules, Blackstone will also make a mandatory tender offer for a further 26 percent of shares in the company as a price of 457.54 rupees per share, a discount of 2.31 percent to the closing price on April 1.

As part of the deal, Hewlett Packard Enterprise will commit to pay Mphasis revenue totaling $990 million over the next five years.

Mphasis, an IT services provider which focuses on clients in the banking and insurance sectors, generated around 60 billion rupees ($906 million) of revenue for the year to Dec. 31.

The public tender offer is not conditional upon any minimum level of acceptances.