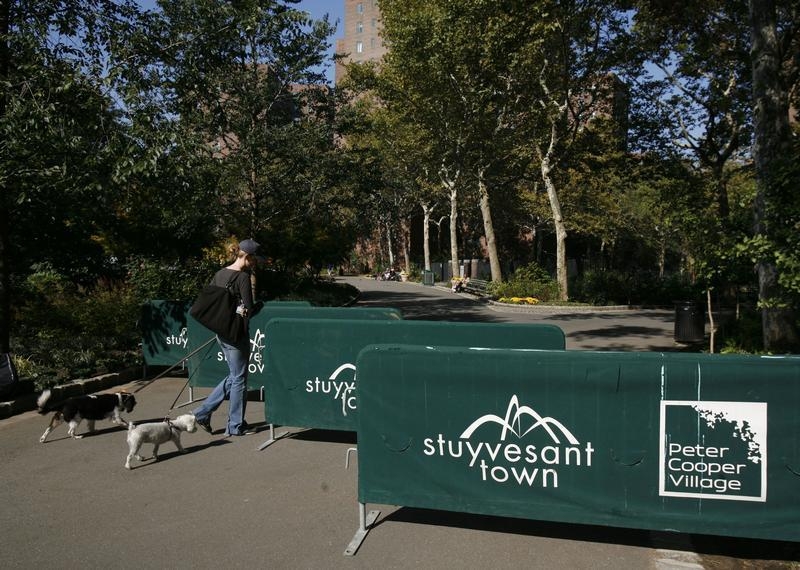 Blackstone has learned from the disastrous foray of Tishman Speyer Properties and BlackRock into New York’s Stuyvesant Town. The world’s biggest private equity group and a Canadian partner have struck a deal to buy the sprawling apartment complex for $5.3 billion. The price is almost as much as Blackstone’s rivals paid in 2006, a top-of-the-market acquisition that ended up in creditors’ hands. The similarities largely end there, though.

The prior owners plunked down $5.4 billion, at the time a record high for a single piece of U.S. real estate. But the 11,200-unit development for middle-class families on Manhattan’s East Side turned into a political and financial nightmare.

Tenants and city officials soon rallied against a plan to jack up rents. Tishman and BlackRock missed a debt payment in 2010, and their creditors took possession. The property spent five more years as the subject of various legal tussles before Blackstone and Ivanhoe Cambridge, a subsidiary of a Canadian pension fund, arrived on the scene.

The new buyers are not only paying a bit less than their predecessors did, they’re not incurring as much debt. Equity will be used to finance about half the deal, compared with only about a fifth of the 2006 transaction. Blackstone will make its investment through a property fund created specifically for long-term investments. That means it can afford an annual rate of return lower than the 20 percent big real estate investors typically aim for.

Perhaps even more important, the partners have covered their backs politically by striking a 20-year deal with New York City to maintain 5,000 units at the apartment complex as affordable housing. The agreement helped secure the backing of influential politicians like New York Mayor Bill de Blasio and the head of the Stuyvesant Town-Peter Cooper Village Tenants Association, who spoke in favor of the purchase at a press conference on Tuesday.

There’s no such thing as a sure thing in real estate, of course. But this transaction looks as if it’s based on a solid foundation.

Blackstone Group, the world’s largest private equity firm, is leading a deal to acquire the Stuyvesant Town-Peter Cooper Village apartment complex in Manhattan for around $5.3 billion. The purchasers have also struck a 20-year agreement to limit rent increases at more than 5,000 of the development’s 11,200 apartments, New York City officials said at a press conference announcing the deal on Oct. 20.

Tishman Speyer Properties and the real estate arm of BlackRock agreed to buy the property for a record-setting $5.4 billion in October 2006. Lenders took possession after the owners missed a debt payment in 2010.

Blackstone and its partner Ivanhoe Cambridge, a subsidiary of a Canadian pension fund, plan to finance half of the purchase price with equity, according to a person familiar with the transaction. The 2006 deal was financed with about 20 percent equity.