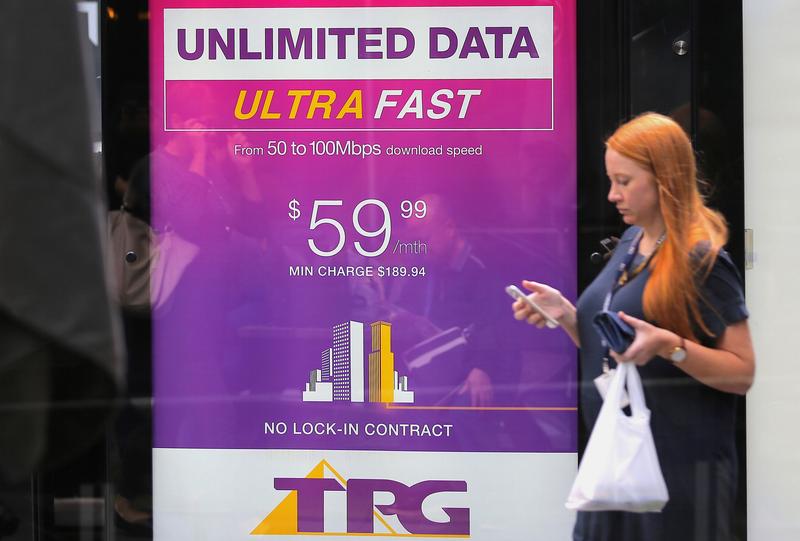 Competition authorities Down Under torpedoed the $11 bln merger of TPG Telecom and Vodafone’s local venture. Combining the smaller operators might have created a stronger challenger, but cheaper prices are no longer enough. Such aggressive oversight may become more common.

A woman looks at her phone as she walks past an advertisement for Australia's TPG Telecom Ltd in central Sydney, Australia, April 12, 2017.

The Australian Competition and Consumer Commission said on May 8 that it would oppose the proposed A$15 billion ($11 billion) merger between TPG Telecom and Vodafone Hutchison Australia, arguing that the local mobile and fixed broadband markets were already concentrated.

The agency said the deal would “reduce competition and contestability in this sector”, especially as it would preclude TPG from becoming the country’s fourth mobile operator.

TPG said in January that it had stopped construction of its mobile telephone network because it relied on Huawei equipment, banned by Australia.

Vodafone and TPG said they remained committed to the deal and would seek legal recourse.

TPG shares fell 13.5 percent on the day, to end at A$6.07 while those of Vodafone joint venture partner Hutchison Telecommunications (Australia) tumbled 28 percent to A$0.115.