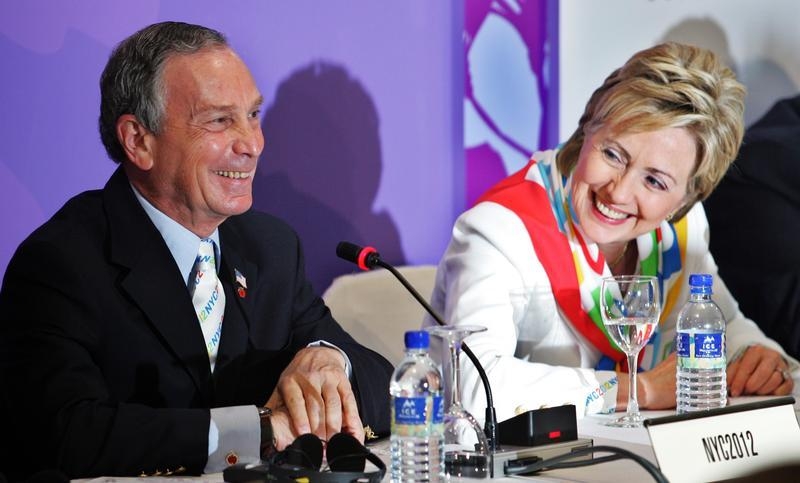 Nobody fights for Wall Street’s interests like Mike Bloomberg. And why shouldn’t he? For 12 years he governed as mayor of the city of New York, whose economic fortunes are inextricably tied to the financial industry’s success. In his private capacity, the financial-data firm bearing his name is one of the main purveyors of picks and shovels to the global banking complex.

So when the former Democrat-turned-Republican-turned-independent was toying with a run as a third-party candidate for the U.S. presidency earlier this year, Bloomberg fast became the pick of plutocrats. “Today America is burning,” Bill Ackman, the billionaire hedge-fund manager wrote in the Financial Times. “Yet there is hope. The key is finding the right leader. And that leader is Mr. Bloomberg.”

This is an era where Wall Street is synonymous with unacceptable behavior. The GOP’s official party platform this year calls for a return of the Glass-Steagall Act, which obliged financial institutions to separate their investment-banking and commercial-lending activities. The Democratic Party has put “Reining in Wall Street” as a key plank of their manifesto. Bloomberg, meanwhile, unabashedly displays his finance-industry colors.

Take his steadfast support for Goldman Sachs, the ur-bank of the anti-Wall Street brigades in both parties. After Ted Cruz gave his fiery speech at the Republican convention last week, in which he failed to endorse Donald Trump, his wife was shuffled away from unruly delegates on the floor chanting “Goldman Sachs,” her employer. Clinton continues to fend off criticism for giving a couple of paid speeches to the downtown Manhattan firm led by Lloyd Blankfein.

Yet when a former Goldman banker wrote an editorial accusing his employer of sidelining the interests of clients to make money for itself, it was Bloomberg who dropped into Goldman headquarters to show his support for “companies that are here in this city that bring us a tax base and that employ our people.”

Since leaving City Hall three years ago, Bloomberg has returned to his financial-information firm – which competes with Breakingviews parent Thomson Reuters – in full command. He ushered out his chief executive to obtain a tighter whip hand at the firm, which bills financial companies some $9 billion a year for putting more than 321,000 terminals on their trading floors.

There’s no running away from finance for Bloomberg. His endorsement of Hillary Clinton for president is a sloppy kiss from Wall Street. That may do her more harm than good.

Former New York City Mayor Michael Bloomberg will endorse Hillary Clinton for president in an address at the Democratic National Convention on July 27, the New York Times reported on July 24. An adviser to Bloomberg said he would vouch for Clinton "from the perspective of a business leader and an independent."

Bloomberg said in February he was considering running for president. He decided in March not to launch a bid, saying he feared it would increase the chances that Republicans Donald Trump or Ted Cruz could win the election.

Bloomberg was twice elected mayor as a Republican, becoming an independent before his third and final term.