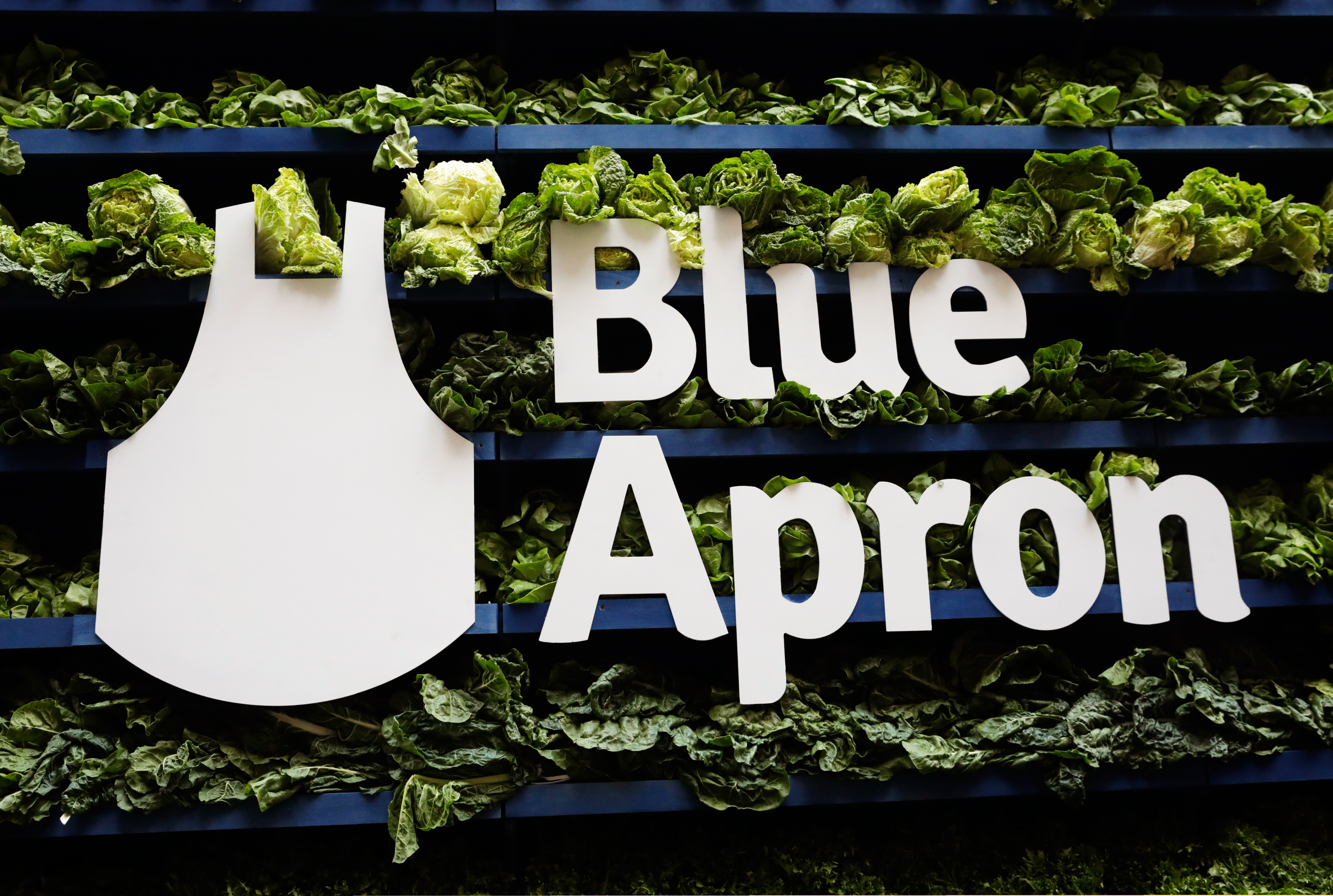 In its first results since its market debut, the meal-kit company delivered slower revenue growth and a bigger loss. Operational challenges and mounting competition are costing Blue Apron customers. Even after an Amazon-sparked 40 pct selloff, it’s surprising investors can digest any of this gruel.

The Blue Apron logo is pictured ahead of the company's IPO on the New York Stock Exchange in New York, U.S., June 29, 2017.

In its first financial results since going public, Blue Apron on Aug. 10 reported $238 million of revenue for the second quarter, an increase of 18 percent from a year ago but a decline from the earlier quarter. The meal-kit delivery service lost $31.6 million, or 47 cents per share.

Blue Apron’s initial public offering took place on June 28 at $10 a share. The stock has lost nearly 40 percent of its value since then.