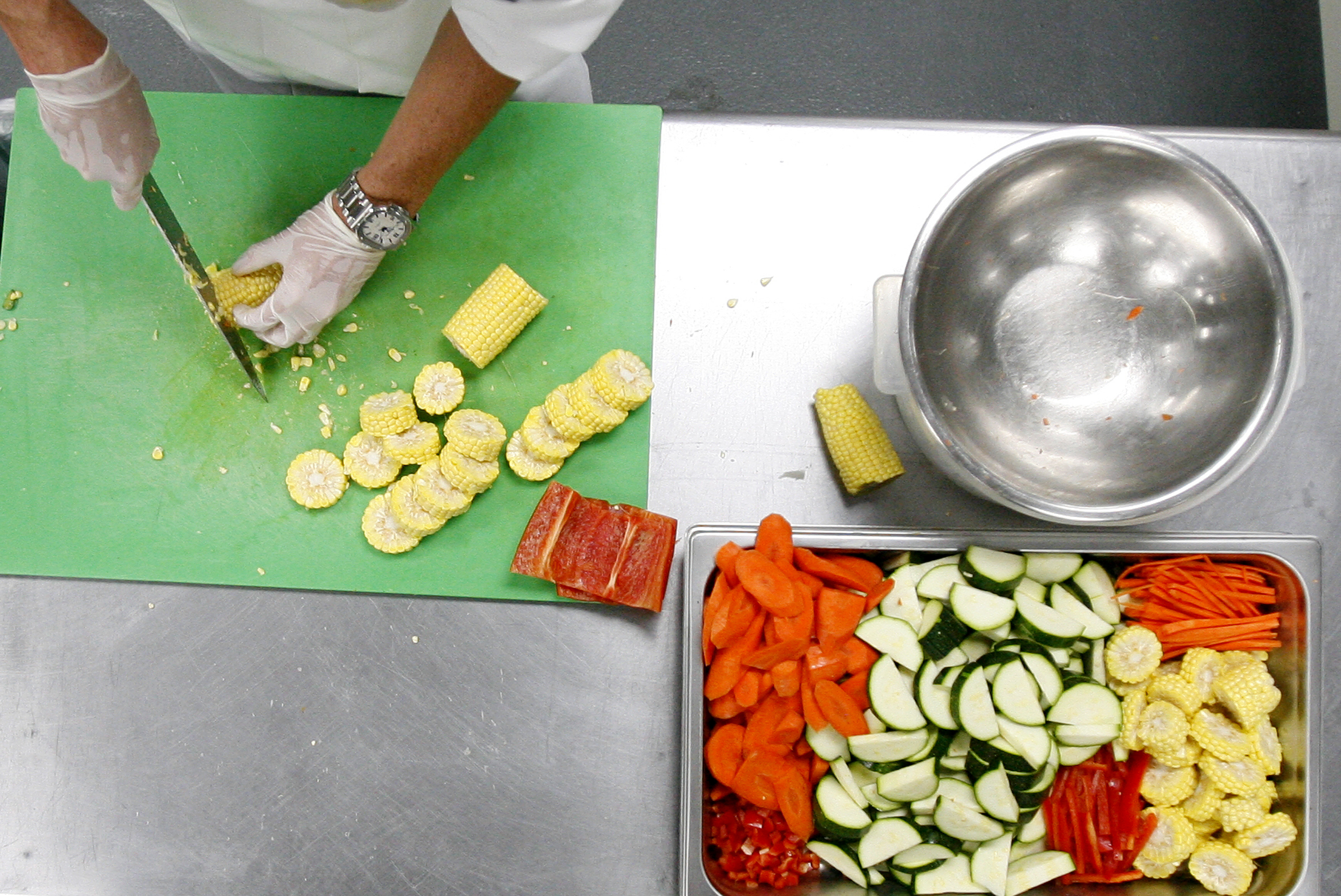 The meal-kit service is cooking up an IPO valuation of about three times sales. Despite hot growth, though, losses are rising and rivals, maybe including the Amazon-Whole Foods combo, will make profitable expansion tough. The spicy offering price could be as tasty as it gets.

Fresh vegetables are chopped in the kitchen of Revolution Foods in Los Angeles August 19, 2009.

Blue Apron A expects to sell 30 million shares in its upcoming initial public offering. According to a June 19 filing with the Securities and Exchange Commission, it currently expects the shares to sell for between $15 and $17 each. At the top of that range, the offering would value the meal-kit company at about $3.2 billion.