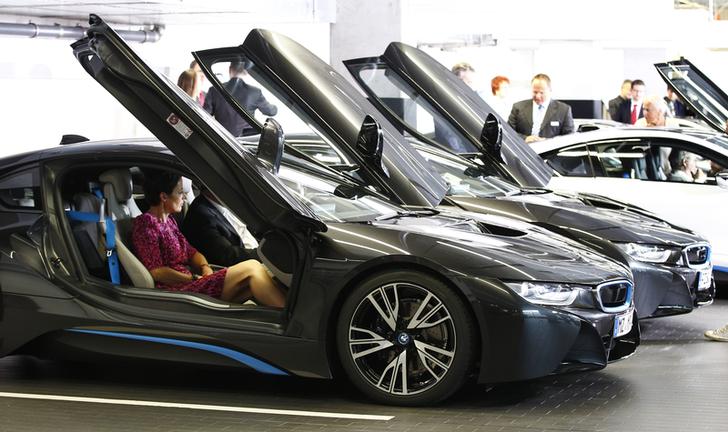 Quarterly results show the Munich carmaker is growing profitably across the world. That makes life harder for arch-rival Daimler, which wants to overtake BMW as the top premium carmaker by 2020. BMW’s share price does not fully reflect that strength.

The world's first eight costumers of the new BMW i8 plug-in hybrid sports car receive instructions during the official delivery in Munich June 5, 2014.

German luxury carmaker BMW AG posted third-quarter operating profit of 2.26 billion euros. That’s 17 percent more than a year earlier and 13 percent above a forecast for 2 billion euros in a Reuters poll. BMW shares rose almost 3 percent in early trade before reversing gains to trade down 1.2 percent at 84.10 by 1225 GMT.

Between January and September, the group sold 1.53 million BMWs, Minis and Rolls-Royces, 6.5 percent more than in the same period of 2013. The automotive division’s operating profit margin over the first nine months rose to 10.2 percent, from 9.5 percent a year earlier. BMW confirmed its full-year targets of selling more than 2 million cars for the first time while increasing its group pretax profit above the 2013 level of 7.9 billion euros.