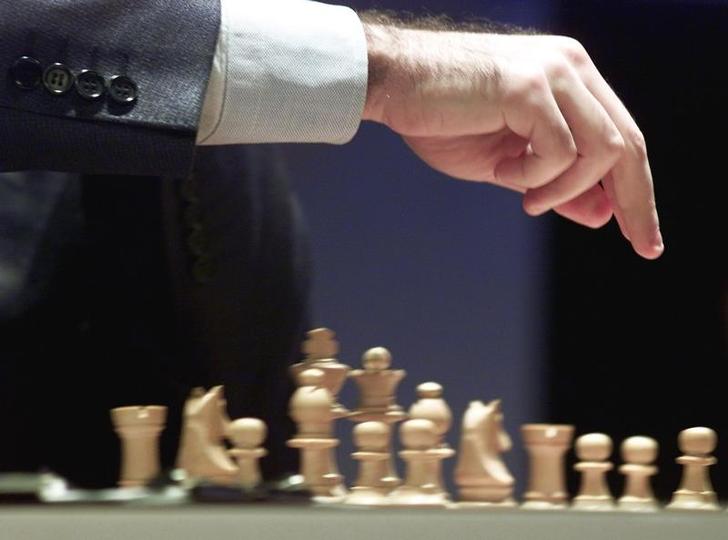 BNP Paribas is the latest pawn in the United States’ fight to indict. France’s largest listed bank warned on April 30 that a future fine for violating U.S. sanctions on pariah countries could be “far in excess” of its $1.1 billion in provisions. But things could get nastier still.

Post-HSBC, U.S. regulators are keen to bin the idea that the preservation of financial stability makes large banks “too big to jail.” In 2012 the UK bank was handed a record $1.9 billion fine for Mexican money laundering, but received a deferred prosecution agreement rather than an indictment. BNP, which is next in the queue along potentially with Credit Suisse, could be asked to actually plead guilty, according to the New York Times.

It’s unclear whether BNP erred more than peers by facilitating payments in U.S. dollars to blacklisted countries – the French bank has refused to comment beyond the broader warning in its first-quarter statement. It’s also unclear whether a guilty plea would actually prove terminal: a 2013 University of Pennsylvania study found that no U.S. publicly traded company failed in the previous decade as a result of a criminal conviction. Yet no financial institutions were included in the data, and the effect on clients of one that was found guilty domestically could be to scare them off.

The worry for BNP Chief Executive Jean-Laurent Bonnafe is that U.S. regulators see his Stateside arm, which has around a third of HSBC’s $180 billion in assets, as sufficiently non-systemic to make an example of. BNP U.S. already generates $5.5 billion for the group, and little over a month ago he presented a new three-year strategy for the bank that relied on North America for a fifth of future growth. The plan is for the region to contribute 12 percent of group 2016 revenue, up from 10 percent last year.

One way BNP may be able to square the circle is for one of its subsidiaries outside the United States to plead guilty: UBS mitigated part of its Libor punishment by closing operations in Japan. But that may not be enough to satisfy U.S. regulatory bloodlust. Bonnafe will have to get his positioning in the regulatory chess game spot on to avoid a major redraft of his strategic blueprint.

BNP Paribas on April 30 warned its $1.1 billion of litigation provisions booked at the end of last year might be insufficient to meet fines due to be levied by U.S. authorities for breaches of sanctions imposed by the United States on foreign countries.

The French bank referred to discussions in the first quarter of this year that demonstrate a “high degree of uncertainty.” BNP added that there was a possibility that the amount of the fines could be far in excess of the amount of the provision.

The comments came in BNP Paribas’ first-quarter results statement, which showed net profit rose 5.2 percent versus the same period a year ago to 1.7 billion euros ($2.3 billion).