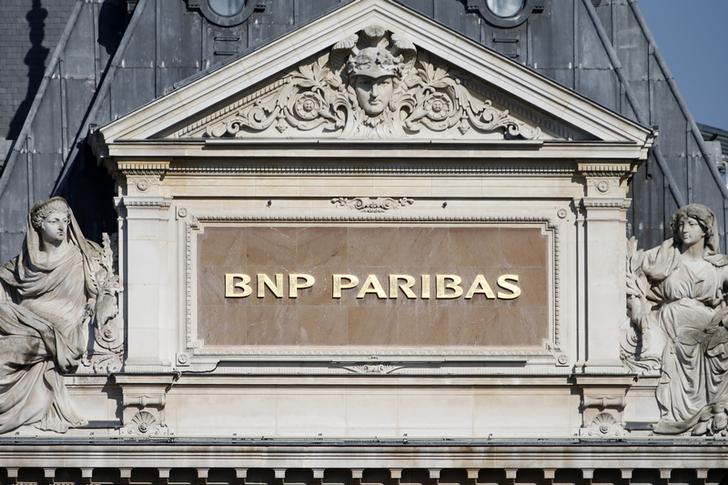 The French bank says industry taxes will cost 900 mln euros in 2016. It’s also spending 250 mln euros on compliance after fines for busting sanctions. BNP’s global reach delivered 3 pct revenue growth in 2014. If that stalls, the cost of being a giant will be hard to justify.

The BNP Paribas plaque is seen on the roof of one of their main banks in central Paris February 18, 2013.

French bank BNP Paribas said on Feb. 5 that it expected a hit to net profit of 500 million euros ($572 million) in 2016 as a result of industry taxes, new capital requirements and expenses linked to U.S. regulations.

Part of that impact would be down to operating expenses of 370 million euros relating to newly identified taxes, over and above a previous estimate. BNP now reckons that total banking sector taxes will cost 900 million euros in 2016. The remainder of the hit to net profit will be as a result of so-called Total Loss Absorbency Capacity capital rules and U.S. ring-fencing requirements, BNP said. The bank did not specify exactly what they would cost.

Additional compliance costs of 250 million euros related to the bank’s $8.97 billion U.S. fine for breaching sanctions and would be largely offset by new cost savings, the lender said. BNP expects to save 3 billion euros annually by 2016, up from a previous target of 2.8 billion euros.

Net profit fell 97 percent to 137 million euros in 2014, reflecting the impact of the U.S. fine. Excluding the penalty, BNP’s return on equity was 7.7 percent against a 2016 target of at least 10 percent.

Group revenue was up 3.2 percent in 2014, excluding one-off accounting items.