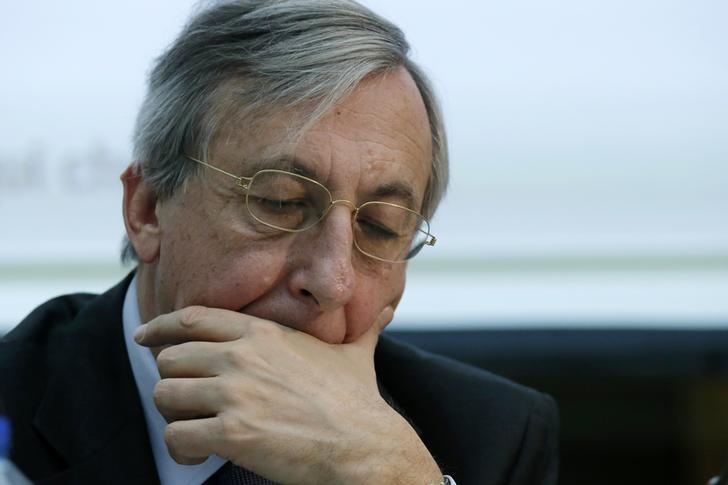 The only thing missing in the BNP Paribas release announcing the retirement of Chief Operating Officer Georges Chodron de Courcel is that he wanted a new challenge. Otherwise, it is business as usual at France’s largest bank: the long-serving No. 2 was planning to retire in September. He suddenly noticed that a new French law was putting a limit on the number of directorships he could hold, so in fact he will leave at the end of this month. U.S. probe, anyone? Sanctions violations? Multibillion-dollar fine?

Chodron de Courcel’s resignation was demanded by New York banking regulators as part of a settlement for alleged sanctions violations, a person familiar with the matter told Reuters on June 5. BNP can hardly comment on a deal that is not yet ratified. And Chodron’s departure may be a preemptive move designed to show goodwill and avoid the ultimate penalty – not the likely multibillion-dollar fine, steep as it may be, but a ban on the bank’s dollar-clearing operations in New York.

Still, by not linking Chodron’s departure to BNP’s U.S. travails, the bank leaves open the question of who will be held accountable. Like Credit Suisse’s settlement of tax evasion charges last month, the final agreement could see BNP admit guilt in a criminal probe. The possible culpability of individual executives directly involved in sanctions dodging can be dealt with at the appropriate level. A separate, and more pressing, question is who takes responsibility at the highest level – moral, at least – for activities deemed criminal that could cost BNP up to $10 billion, and might durably hit its operations.

Where does the buck stop? That’s the question the board – led by Chairman Baudouin Prot, who was the bank’s chief executive at the time of the alleged wrongdoings – must ponder. Chodron de Courcel’s retirement leaves it unanswered.

BNP Paribas’ 64-year-old chief operating officer is to retire on Sept. 30 and will step down from his duties on June 30 at his own request, the French bank said on June 11, as it continues to wrestle with U.S. authorities over a potential $10 billion fine.

New York’s banking regulator asked that the long-serving COO, Georges Chodron de Courcel, should go as part of a settlement involving sanctions violations, a person familiar with the matter told Reuters on June 5.

BNP Paribas did not mention the investigation in its announcement. It said Chodron de Courcel had “devoted his entire 42-year career to BNP and then BNP Paribas, and has made a decisive contribution to the Group’s development, and especially to the project which eventually led to the creation of the new BNP Paribas entity.”