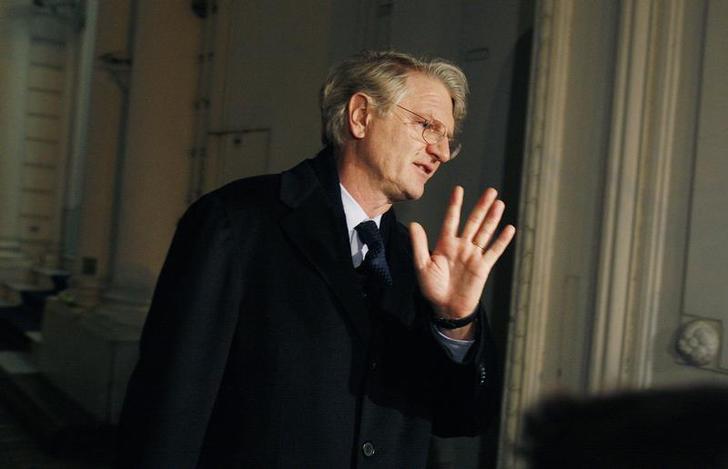 Baudouin Prot should go. The French establishment has circled the wagons, and there is little chance that the chairman of BNP Paribas, who was the bank’s chief executive at the time of the criminal activities it just admitted to, will resign or be asked to. He will then fail to do the decent thing after the bank’s unprecedented guilty plea and near-$9 billion fine.

What is it with Western bankers that prevents them from seeing the difference between guilt and accountability? Credit Suisse CEO Brady Dougan is still in the role after his firm also pleaded guilty to criminal charges in the United States. At least the misdeeds there did not happen on his watch – and, not that it matters very much, his bank’s fine was only a third the size of BNP’s.

Prot, on the other hand, was CEO of BNP from 2003 to 2011. Sanctions-busting orchestrated by the bank’s Swiss branch happened on his watch. BNP has lost almost 12 billion euros in market capitalisation since February. It faces years of reduced dividends and its reputation lies in tatters. Deteriorating operating performance could bring the risk of a capital increase.

The arguments that might be deployed to defend Prot do not stack up. The questions of what he knew exactly, when he knew it, and how forcefully he moved to stop the abuse, remain unclear. If he did act in 2007, as BNP says he did, then his authority leaves much to be desired. The bank admits wrongdoing continued until 2012.

The guilt of underlings that participated in the unlawful activities is a separate matter. Someone at the very top has to quit – or that would deny any meaning to the concept of a company’s criminal responsibility. That Prot’s resignation was not sought by U.S. investigators is irrelevant: decency is not something one should be forced into.

True, BNP’s long-serving Chief Operating Officer Georges Chodron de Courcel is leaving. The move seems to have been requested by U.S. authorities. But BNP insisted it was a retirement. In that case, someone must still take responsibility for the debacle. That man is Prot.

French bank BNP Paribas has pleaded guilty to two criminal charges and agreed to pay almost $9 billion to resolve allegations that in many financial dealings it violated U.S. sanctions against Sudan, Cuba and Iran.

New York’s Department of Financial Services, the state’s banking regulator, said that at its request, 13 executives were leaving the bank, including Chief Operating Officer Georges Chodron de Courcel, whose early retirement was announced by BNP on June 11.