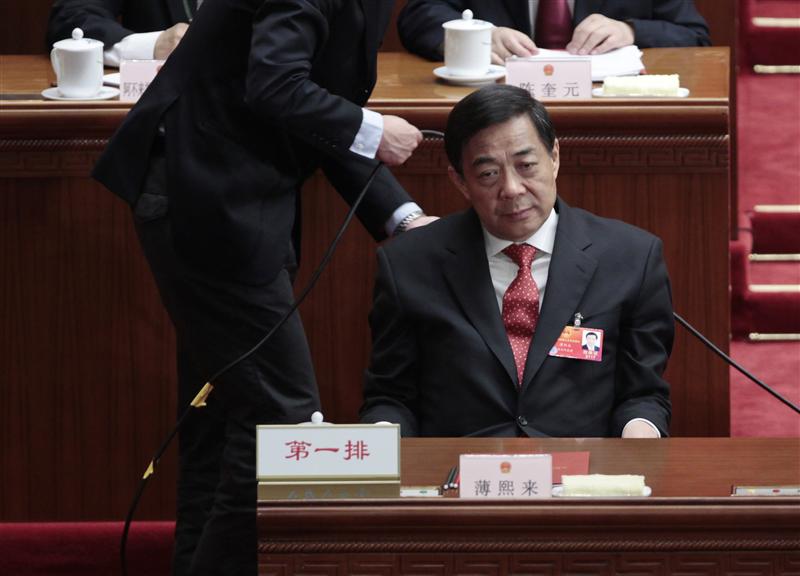 The trial of Bo Xilai is a test of China’s political tolerance, not its rule of law. For foreign capitalists, the latter matters more. It’s almost unthinkable the ousted Chongqing party chief will receive anything other than a guilty verdict. Yet it’s still possible to hope that disputes over investment and contracts will be resolved in a more transparent way.

The charges against Bo – bribery, graft and abuse of power – have all the hallmarks of a political fix. The defendant hasn’t been seen since March 2012. Bo’s populism and Maoist stylings while running China’s biggest western city were a threat to the Communist Party’s modern identity, which strives for historical legitimacy while resisting personality cults.

Chinese justice is most elusive at the top and bottom of the system. Political trials are too important to be left to chance in a one-party state. Meanwhile in China’s 3,117 district-level courts corruption is hard to root out. The courts rely on local governments for funding, exposing China’s 146,000 small-time judges to undue pressure from local officials.

Yet it’s the middle bit that matters most to foreign investors. In China’s “intermediate” and “higher” courts, the process is somewhat clearer. Recent probes into bribery and price-fixing are testing whether the legal system can deliver outcomes that are seen as logical and fair. Decisions like the one handed down against Johnson & Johnson for price-fixing on Aug. 1, which emphasised the need for proof of wrongdoing, look encouraging.

Progress comes in fits and starts. Judges are still bound by the “three supremes” of party, people and constitutional law. Dissidents are cruelly suppressed. And while the courts are getting better at handling commercial disputes, it’s not clear how they would handle a huge increase in bad debts and bankruptcies if China’s economy continues to slow.

For now, half-baked laws are a nuisance rather than a real drag. Wages, credit growth and the exchange rate seem to exert more influence on capital flows. It may be too much to hope that the legal training of Chinese president Xi Jinping and premier Li Keqiang will encourage an era of law, but judging the system by Bo’s fate would be equally unwise.

China's Chongqing Municipality Communist Party Secretary Bo Xilai pauses, as a man adjusts a cable behind him, during the closing ceremony of the National People's Congress (NPC) at the Great Hall of the People in Beijing March 14, 2012. Bo, the Communist Party boss of China's southwestern city of Chongqing, has been removed, state news agency Xinhua said on March 15, 2012, following a scandal with a senior aide who took refuge in a U.S. diplomatic mission last month.

The trial of Bo Xilai is due to begin in the eastern Chinese city of Jinan on Aug. 22. Bo, formerly the Communist party chief of the city of Chongqing, stands accused of corruption, accepting bribes and abuse of power. Proceedings over the more sensitive charge of abuse of power could begin one day early, Reuters reported on Aug. 21.
Bo has not been seen in public since he was removed from office in March 2012. His ouster centred on the apparent attempted defection of Chongqing’s vice mayor, Wang Lijun, who sought refuge in the U.S. consulate in Chengdu in February, and was subsequently jailed.
Bo’s wife Gu Kailai was found guilty in 2012 for the murder of British businessman Neil Heywood. She was given a suspended death sentence - which is often commuted to life in prison. Heywood’s family is seeking compensation of up to $8.2 million from Gu, a lawyer with knowledge of the talks told Reuters on Aug. 12.
Bo’s son, Bo Guagua, urged authorities to let his father defend himself “without constraints of any kind”, in a statement published by the New York Times on Aug. 20. Bo Guagua is in the United States, preparing for his first year at New York’s Columbia Law School.