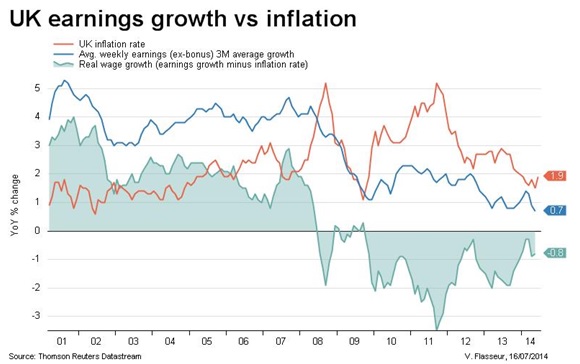 UK unemployment is falling and inflation has rebounded towards the Bank of England’s 2 percent target. Any policymakers who are opposed to an early rate rise can point to the persistent and puzzling weakness of wage growth. But the cards are increasingly stacked against them.

Britain’s inflation rate rose to 1.9 percent in June from the four-and-a-half-year low of 1.5 percent in May, data from the Office for National Statistics showed on July 15. Economists polled by Reuters had expected a reading of 1.6 percent.