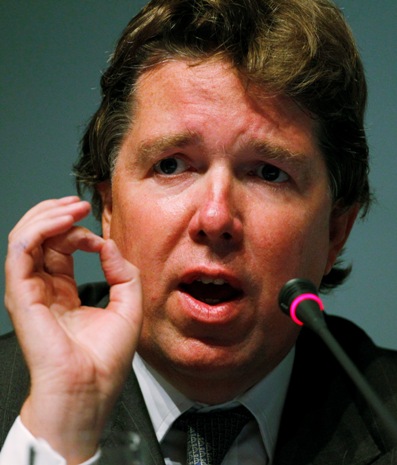 If banks behaved as monetary theory says they do, negative interest rates would be a perfectly reasonable idea. The prospect of paying for the privilege of parking funds with the central bank would spur lending-shy banks into action. Credit would flow and GDP would grow. But such thinking fails the reality test.

Paul Tucker, deputy governor of the Bank of England, offered negative rates as a possible but “extraordinary thing to do” in his testimony to the UK parliament’s Treasury Committee on Tuesday. The caution reflects reality rather than theory.

The theory explains this apparent irrationality as risk aversion from banks or borrowers. To counter fear, theory dictates that central bankers should make money even cheaper and more readily available – quantitative easing amounts to providing free funds – and making caution even more expensive by charging banks for doing nothing.

It’s hard to disprove, because risk aversion can always be called upon to explain apparent failures. But in practice, monetary shoves have been shown to be less powerful than whatever other forces are holding back economic activity. Interest rates have been close to or below zero for most of the last decade, without any clear positive effect on output.

The alarmed headlines that followed Tucker’s testimony help explain the policy failure. Consumers, businesses and banks feel disoriented in a financial world with confusing monetary signs. The response to a monetary push is not to run in the desired direction, but to stand still in fear. Critics of aggressive monetary policy liken the effort to use money to change minds to pushing on a string. Negative interest rates are likely to tie the economy in knots.

Paul Tucker raised the possibility that the BoE could charge banks to hold their money. “I hope we will think about whether there are constraints to setting negative interest rates,” he said on Feb. 26 in his testimony to the UK parliament’s Treasury committee. “This is an idea that I have raised. This would be an extraordinary thing to do and it needs to be thought through very carefully.”