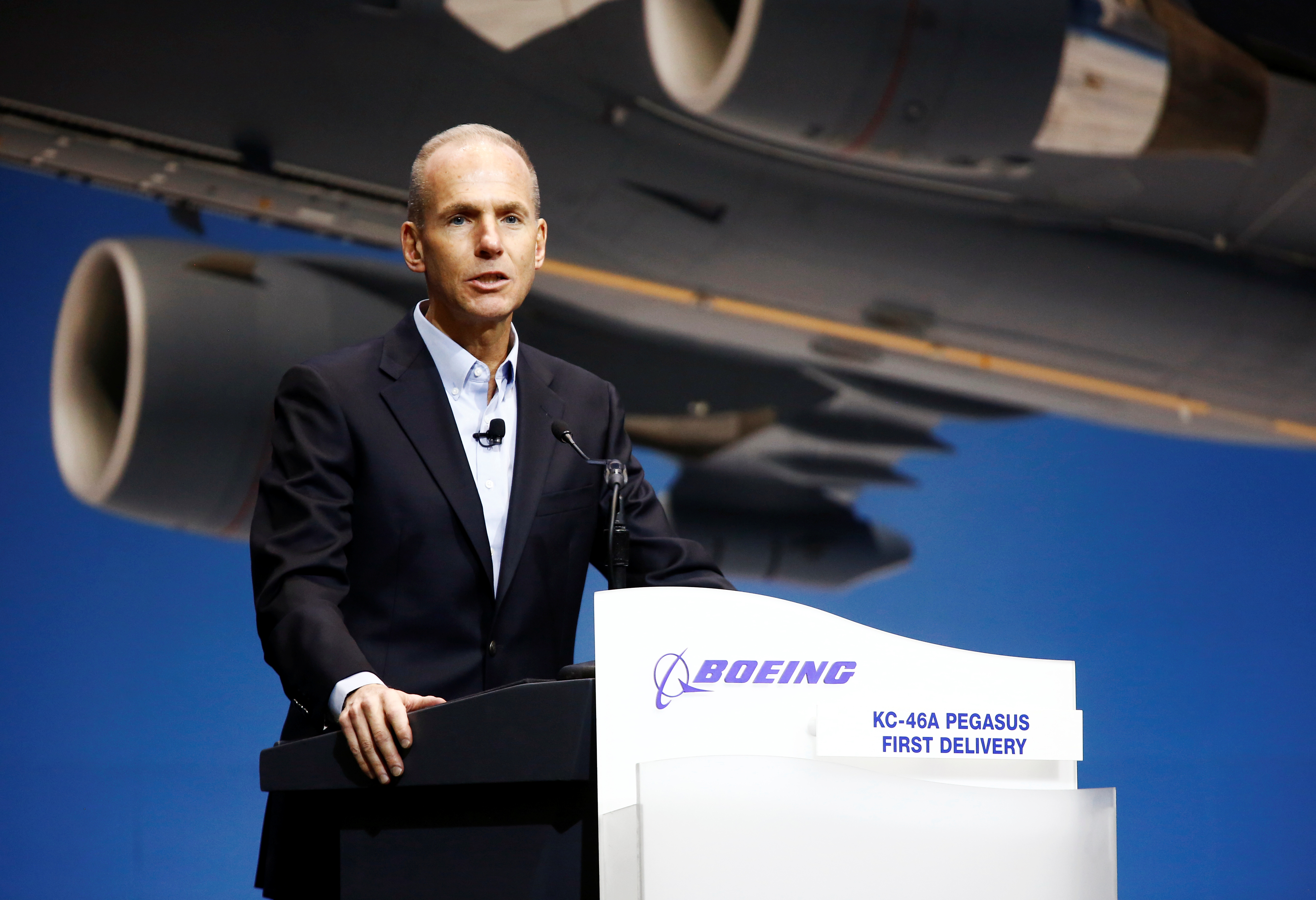 The $212 bln aerospace giant is facing calls to strip chair-CEO Dennis Muilenburg of the former title. Half of the S&P 500 now split the roles. Boeing’s sluggish response to 737 MAX crashes shows why it makes sense. An 11 pct fall in the share price provides a handy excuse, too.

Pensions & Investment Research Consultants, which advises pension schemes and other investors, recommended on April 23 that investors in Boeing oppose the re-election of Dennis Muilenburg as chairman and chief executive.

Proxy advisers Glass Lewis and Institutional Shareholder Services last week also recommended that investors vote in favor of a shareholder proposal that would require the company to have an independent chairman separate from the CEO. The board has recommended voting against this proposal at the company’s annual meeting, set for April 29, saying it should have flexibility and citing the existing role of lead director.

Fifty percent of S&P 500 Index companies have a separate chair and CEO, according to recruiter Spencer Stuart’s 2018 U.S. Board Index, up from 39 percent a decade earlier. Over 30 percent of the companies have independent chairs, up from 16 percent in 2008.

Boeing is due to report first-quarter earnings on April 24. Its stock has fallen 11 percent since the crash of an Ethiopian Airlines jet in March, which led to the worldwide grounding of the fleet of 737 MAX aircraft.