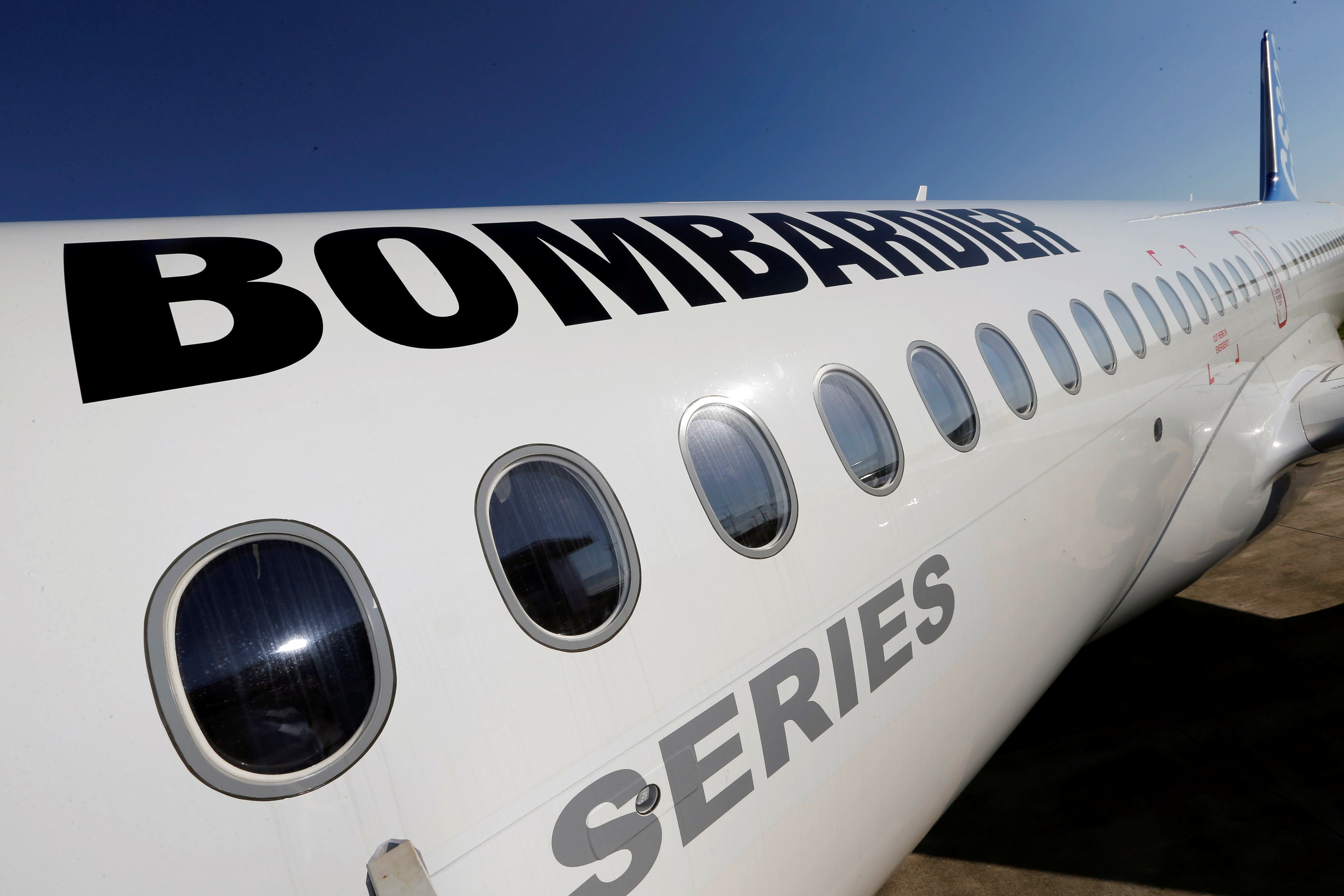 A U.S. trade agency surprisingly rejected calls by the aerospace giant and the Trump administration to slap duties on Bombardier’s C Series jet. It shifts the regional-airplane dogfight back to the marketplace, upping the pressure on Boeing to seal a tricky merger with Embraer.

A Bombardier CSeries aircraft is pictured during a news conference to announce a partnership between Airbus and Bombardier on the C Series aircraft programme, in Colomiers near Toulouse, France, October 17, 2017.

On Sept. 26, the Commerce Department said it was imposing preliminary countervailing duties of 220 percent on imports of Canadian civil aircraft with 100 to 150 seats, along with antidumping duties of 80 percent. Commerce Secretary Wilbur Ross affirmed those duties on Dec. 20 and ordered the Customs and Border Protection agency to collect deposits from any importers of such aircraft, pending a final ruling by the ITC.

Shares of Bombardier, which agreed in October to sell a majority stake in its C Series jet program to Europe’s Airbus, ended the day at C$3.54, up 15 percent after the announcement, adding C$900 million in value. Shares of Boeing fell briefly but recovered to close up a fraction at $343.22.