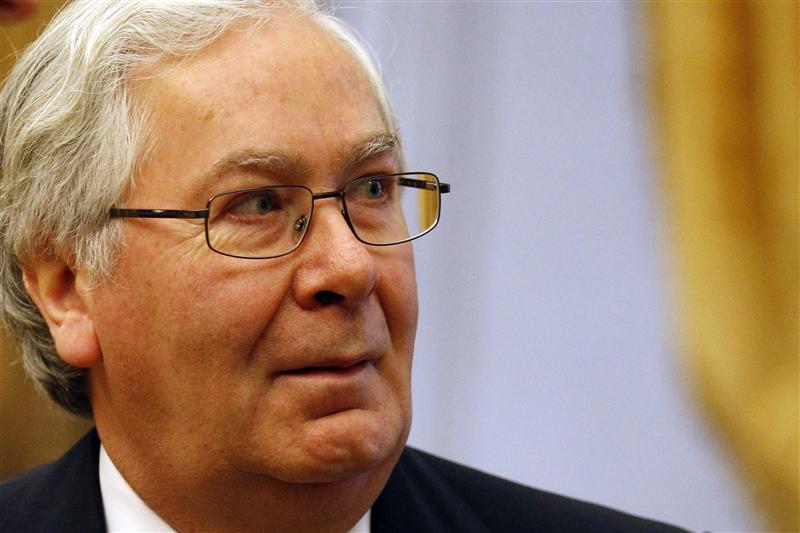 Monetary policy would be so much easier if people, banks and markets obeyed the monetary authorities’ orders. In such a world, Thursday’s dictum from Mervyn King would be enough to put a stop to the pound’s recent decline. The UK’s central bank governor said that the pound was “probably” properly valued, after respective 6 and 7 percent falls against the euro and dollar so far in 2013.

The verbal intervention worked on Friday morning – the pound rose slightly against the currencies of both of its principal trading partners. Over time, however, the Bank of England’s actions matter more than its leader’s words.

It is easy enough for King to make pronouncements, especially as he is leaving the job at the end of June. After all, if the pound drops further, he can always say the market was paying too much attention to the utterances of his successor at the Bank of England, Canadian Mark Carney. But no words can extricate any central banker from the macro-economic trilemma. That is the observation that while modern central bankers want three things – control of monetary policy, free cross-border movements of capital, and exchange rates of their choice – they can never have more than two of them.

In the UK, the foreign-exchange traders who control the flow of funds in and out of the country think the BoE’s policies of negative real interest rates and generous money printing invite inflation, so they are minded to sell the pound. While the British central bank cannot stop this, it could support sterling with more hawkish policies. Such a turn, though, would amount to letting the forex market set monetary policy. The trilemma is inescapable.

King is well aware of the limits to his power, but he may think that tough talk from a man in the know will calm notoriously emotional currency traders. Or perhaps he hopes that stronger economic growth will soon make his words come true. Traders are more likely to overlook inflation when GDP is strengthening. But as long as the UK’s inflationary stagnation continues, central bank pronouncements can only slow the currency’s decline, or discredit the speaker.

Bank of England Governor Mervyn King said on March 14 that the central bank was not seeking any further fall in the level of sterling. In a pre-recorded interview with the British ITV News, he said, “We’re certainly not looking to push sterling down. We are moving to a properly valued exchange rate. I think we’re probably there.”

Bank of England Governor Mervyn King attends a conference at the headquarters of the Bank of Italy in Rome, in December, 2011. (REUTERS/Giampiero Sposito)

Bank of England Governor Mervyn King said on March 14 that the central bank was not seeking any further fall in the level of sterling. In a pre-recorded interview with the British ITV News, he said, “We’re certainly not looking to push sterling down. We are moving to a properly valued exchange rate. I think we’re probably there.”