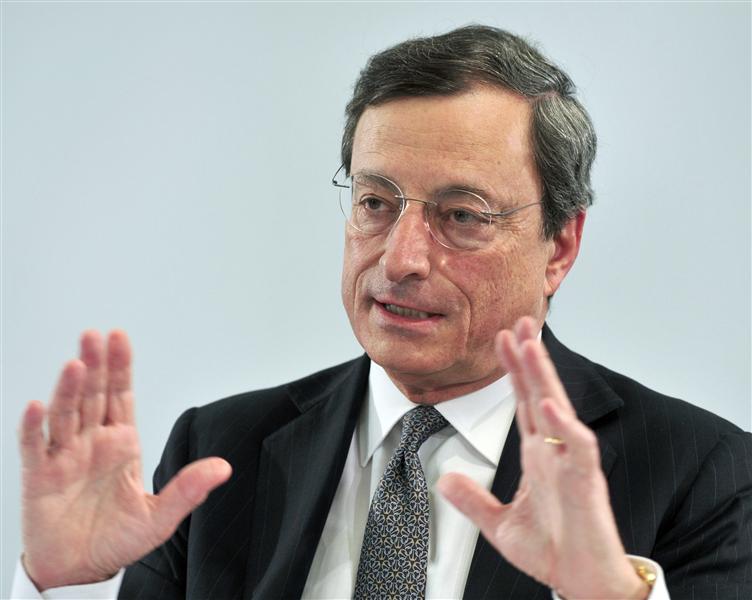 The euro zone is no longer collapsing, but credit is. The European Central Bank is reportedly considering giving banks cheap loans to stimulate lending. The Bank of England’s so-called Funding for Lending scheme shows that’s tricky, but the euro zone shouldn’t hold back.

One solution could be a so-called “long-term refinancing operation” targeted at small firms, according to Sueddeutsche Zeitung. The precedent is the UK’s FLS, where BoE Governor Mark Carney gives banks four-year, cheap funds if they increase lending.

The FLS is an unlikely saviour. Its main achievement in the UK has been to lower banks’ borrowing costs and help them delever, not spur a credit boom to small firms. What’s more, if ECB President Mario Draghi attempted a euro FLS, he’d face opposition from ECB hawks. To have an impact, funds would need to be long-dated and very cheap, but this might look like a subsidy ahead of next year’s stress tests. And giving funds at a fixed rate might look like pre-commitment, which the ECB has historically avoided.

But a euro FLS is an easier sell than unconditional loans, like the ECB’s LTROs in 2011, with which banks bought sovereign bonds. Unlike direct purchases of government debt, it wouldn’t obviously break ECB rules on monetary financing. And it’s less risky than outright purchases of bank loans.

Hence the ECB boss should use this week’s press conference to unveil his own euro FLS. As in the UK, it may not be a panacea: weak banks may still resist directing money to small firms, given that current capital rules make government debt more attractive. And banks can’t be forced to lend, or overcome weak demand. But with politics blocking the ECB from deploying more powerful tools like buying individual loans, a euro FLS may be the best option going.

The European Central Bank is considering new long-term liquidity operations available only to banks that use the operations to lend to business, German newspaper Sueddeutsche Zeitung reported on Nov. 27, citing sources.

ECB data released on Nov. 28 showed loans to the private sector shrank by 2.1 percent in October from the same month a year ago, equalling the biggest fall on record. A Reuters poll of economists had pointed to a contraction of 1.8 percent.

The ECB cut its main refinancing rate to a record low of 0.25 percent in early November. Its next monthly press conference is on Dec. 5.