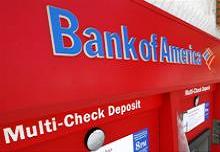 Anemic results underscore how little fun it is to run a mega-bank these days. A $276 million loss from Bank of America announced on Wednesday, however, at least provides some valuable perspective.

The bank led by Brian Moynihan was already expected to report a pretty low number because of its earlier flagged $3.6 billion mortgage settlement with Fannie Mae and Freddie Mac’s regulator. What socked shareholders in the gut, though, was a surprise $2.4 billion addition to reserves. BofA took the step after deciding the amount it may have to pay out on lawsuits and other mortgage issues went up in the first three months of the year.

Penalty inflation has become a growing concern. Even so, much of the worst news at rival banks, not least JPMorgan’s $13 billion settlement, came out before the end of 2013. That suggests BofA has been tardy in reevaluating its own exposures.

JPMorgan Chief Executive Jamie Dimon may take some comfort from the discouraging signs at his rival. He and his institution have been beaten up over the past two years on home loans and other mistakes. And yet it took a $9 billion hit, or 50 percent more than what BofA just shelled out, to cause a quarterly loss last year. That’s a stark reminder of JPMorgan’s comparative profitability despite its similarly sized balance sheet.

Michael Corbat, though, is probably scratching his head. The Citigroup boss has been coping with the embarrassment of the Federal Reserve stiffing his bank’s plan to return capital to shareholders, citing concerns over how it measures risk.

Judging by Wednesday’s showing, BofA’s issues sound similar. Citi’s results, while hardly awe-inspiring, nevertheless bested those of its Charlotte-based rival. Corbat’s bank eked out an anemic 7.8 percent annualized return on equity. After stripping out the litigation costs, BofA mustered just 6.8 percent. JPMorgan clocked in at a modest 10 percent. The context is instructive but hardly makes any of them inspiring.

An ATM machine at a Bank of America office is pictured in Burbank, California August 19, 2011. REUTERS/Fred Prouser

Bank of America on April 16 reported a first-quarter net loss of $276 million, or 5 cents a share. Results were hit by two big mortgage-related items. First, the bank took a previously announced charge of $3.6 billion to settle with the Federal Housing Finance Agency. Second, BofA surprised investors by adding $2.4 billion to reserves after deciding the cost of settling various other mortgage-related matters had increased.