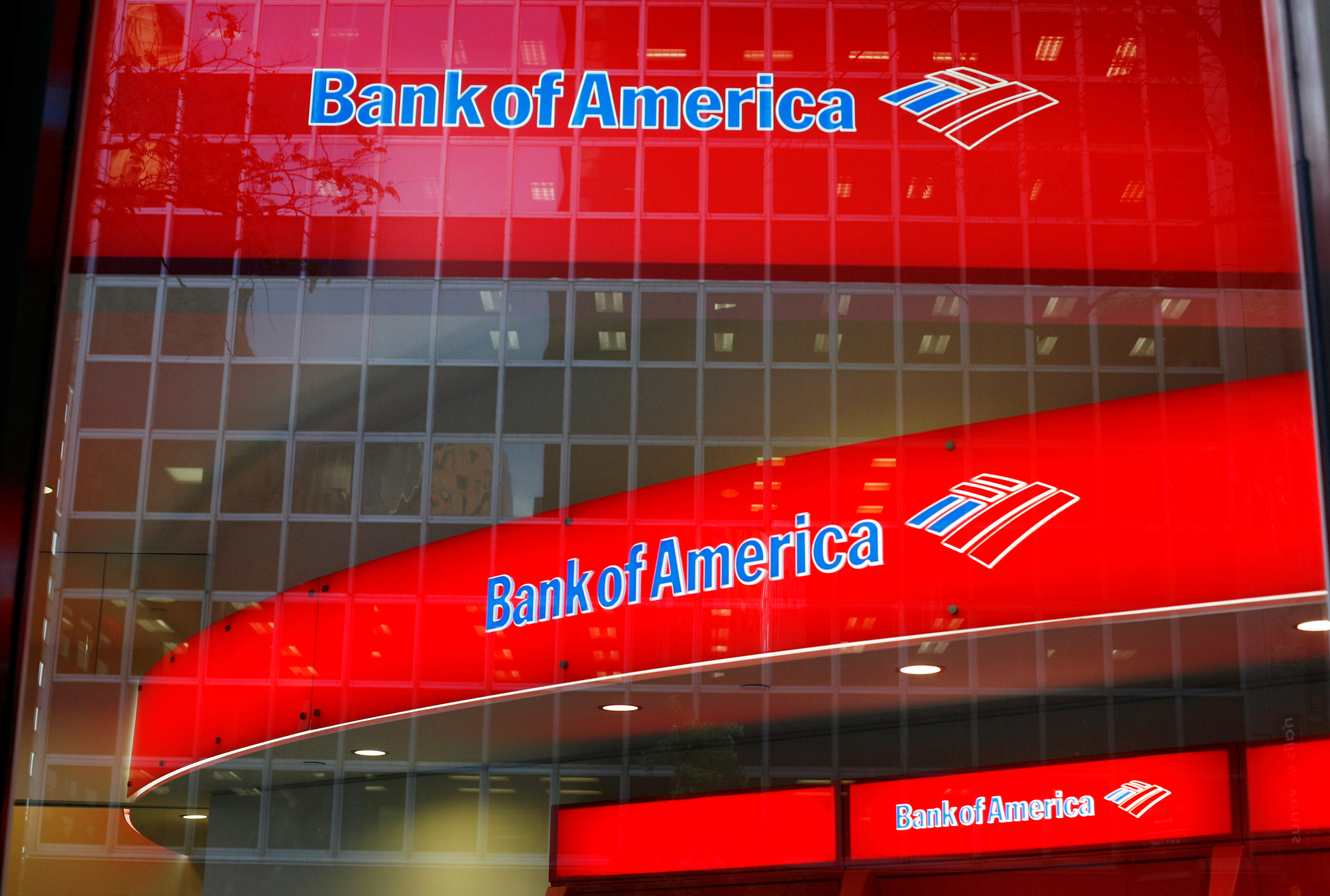 A tight grip on costs and better fixed-income trading gains than Goldman helped the bank crank out an estimates-beating $4.4 bln of earnings. Rising rates helped, too, but CEO Brian Moynihan needs more help from the Fed and Donald Trump to boost its lowly return on equity.

Reflections are seen in the windows of a Bank of America branch in New York, U.S. on October 8, 2008.

Bank of America on April 18 reported first-quarter net income attributable to common shareholders of $4.4 billion, up from $3 billion in the same period last year. That amounted to 41 cents a share, beating the consensus estimate of sell-side analysts of 35 cents.

Revenue increased to $22.2 billion, up 7 percent from a year earlier. Non-interest expenses were effectively unchanged at $14.8 billion.

The bank’s annualized return on equity was 7.3 percent, up from 5.1 percent in the same period a year earlier.