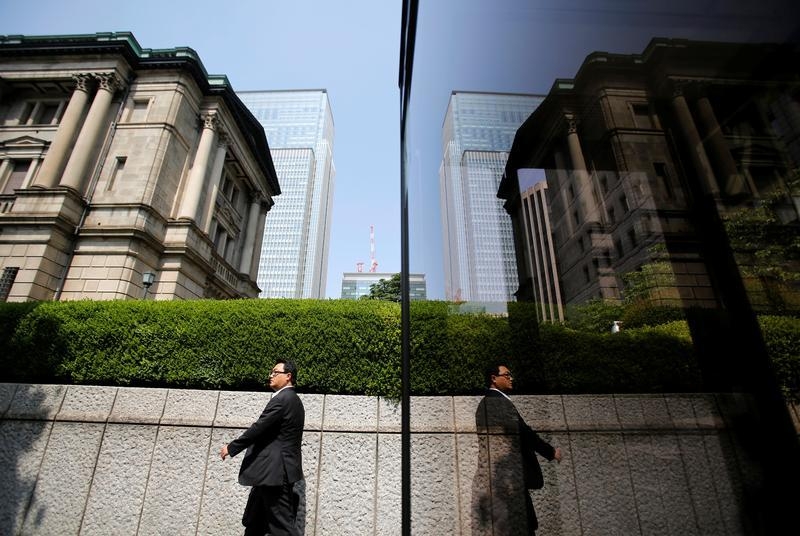 The Bank of Japan’s latest policy overhaul buys it some time and friends. The world’s most aggressive central bank concluded a review of its huge stimulus programme on Sept. 21 by switching focus to targeting longer-term interest rates.

The latest instrument to emerge from Governor Haruhiko Kuroda’s toolbox is “yield curve control”. The BOJ will aim to keep the interest rate on 10-year bonds at zero.  For now, the central bank will continue to buy bonds at “more or less” the current rate of 80 trillion yen ($779 billion) a year. But it has edged away from its explicit annual money-printing target. The shift squares a few circles for the BOJ. It can’t keep up the current pace of bond-buying much longer: after three and a half years of massive purchases, Deutsche Bank says the central bank already holds nearly 40 percent of Japan’s outstanding government debt. But abruptly pulling back would roil markets. Pledging to hold 10-year yields at zero might in practice require less firepower, allowing the BOJ to keep up its policy for longer.

Meanwhile, super-low interest rates have squeezed the financial sector. Ditching its emphasis on buying 7 to 12-year bonds could mean the BOJ spends more on shorter-dated paper, increasing the difference between shorter-and longer-dated yields. Such a steepening of the yield curve should boost bank earnings and improve returns for insurers and pension funds.

The BOJ also stepped up a commitment to stoking annual inflation of 2 percent, vowing to keep the printing presses whirring until it actually overshoots that goal. That seems less convincing. Kuroda wants to jolt inflation expectations higher by forcing companies and consumers to think more about future price increases, not the flattish prices actually seen in recent years. But while influencing bond yields is relatively straightforward for a central bank with a printing press, changing the psychology of inflation in Japan is proving more elusive.

This might not be the BOJ’s last move this year. Though its recent foray into negative interest rates was deeply unpopular it could push deeper, especially if confronted with a shock from the Federal Reserve or another quarter. Despite growing worries that central banks are running out of ideas for reviving the economy, the BOJ is still fighting.

A pedestrian walks past the Bank of Japan building in Tokyo, May 22, 2013. REUTERS/Yuya Shino/File Photo - RTSOOP2