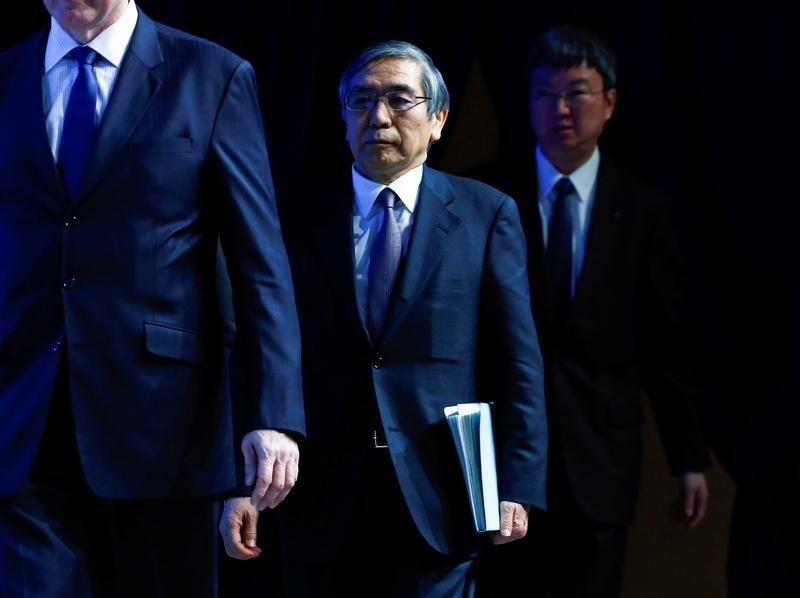 The Bank of Japan is doing the bare minimum to help reboot Abenomics. The central bank added just 2.7 trillion yen ($26 billion) of equity funds to its annual asset-buying binge at its July meeting. That is about the least it could do without totally disappointing markets or Prime Minster Shinzo Abe, who is digging deep to revamp his attempted revival of Japan’s economy. The BOJ, running low on options, probably wants to keep some powder dry.

Back in 2013, the government and central bank worked in tandem to launch Abenomics with a coordinated assault of spending, reform, and epic bond-buying. Now, though, BOJ Governor Haruhiko Kuroda is holding back, even as Abe touts a 28-trillion-yen stimulus package.

The latest change will see the BOJ almost double its purchases of equity exchange-traded funds from the current rate of 3.3 trillion yen a year, and extend dollar funding for banks operating overseas. The ETF blitz might lift the stock market and thus consumer confidence, but is unlikely to encourage much extra risk-taking by companies that are already awash with cash. There is also a hint policy could be eased again in future, with staff ordered to undertake a “comprehensive assessment” of the economy, prices and BOJ policy.

Kuroda and his colleagues had a tightrope to walk. They were under intense political pressure to act – indeed, the BOJ claims the combination of monetary and fiscal policies will produce “synergy effects”. And both investors and economists overwhelmingly expected more easing, so total inaction could have had the self-defeating effect of denting financial markets and strengthening the yen.

But the BOJ did not have many other levers to pull. The radical option of “helicopter money”, or printing money to indefinitely and directly fund state spending, is politically toxic in Japan, at least if done openly. Kuroda has tried to rule it out.

Meanwhile, the BOJ’s main quantitative easing scheme already has it spending a whopping 80 trillion yen a year on Japanese government bonds. Having hoovered up a third of all JGBs in issue, it may soon run short of sovereign debt to buy. January’s tentative introduction of negative interest rates proved unpopular and counter-productive. Finally, given the toxic mix of global economic malaise and political upheaval, any central banker worth his salt would want to hold something in reserve.

Governor of the Bank of Japan Haruhiko Kuroda (C) arrives for the session 'The Global Economic Outlook' in the Swiss mountain resort of Davos, Switzerland January 24, 2015. REUTERS/Ruben Sprich/File Photo - RTX2IFY3

The Bank of Japan expanded monetary stimulus on July 29 through a modest increase in purchases of exchange-traded funds (ETF), yielding to pressure from the government and financial markets for bolder action to spur growth and accelerate inflation towards its 2 percent target.

But the central bank maintained its base money target at 80 trillion yen ($775 billion) as well as the pace of purchases for other assets including Japanese government bonds.

It also left unchanged the 0.1 percent interest it charges to a portion of excess reserves that financial institutions park with the central bank.

The BOJ said it will increase ETF purchases so that its total holdings increase at an annual pace of 6 trillion yen, up from the current 3.3 trillion yen. The decision was made by a 7-2 vote.