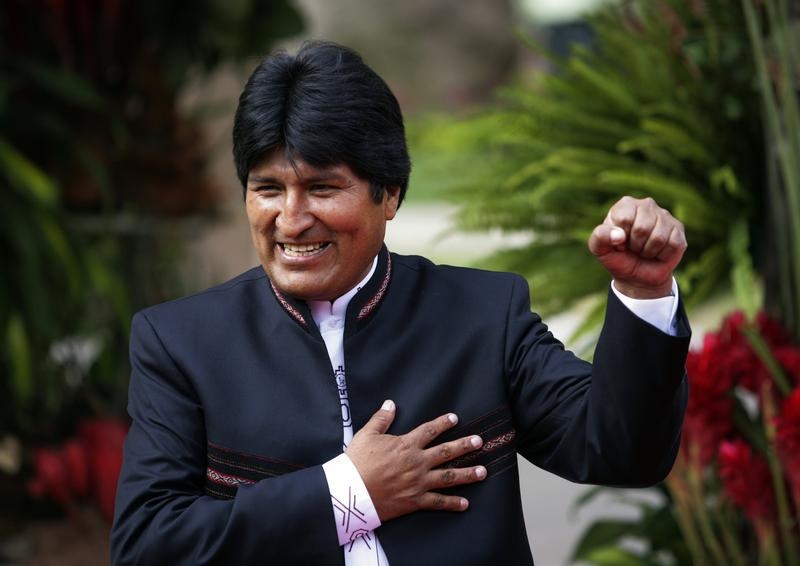 President Evo Morales is expected to win a third term on Sunday. While in office he has denounced capitalism, torn up mining and energy contracts and forged close ties with Cuba and Venezuela. Yet annual GDP growth averages 5 pct, thanks to the economic power of the underclass.

Bolivian President Evo Morales is expected to win a third term on Oct. 12. An Ipsos poll on Oct. 1 showed him securing 59 percent of the vote.

The Heritage Foundation Index of Economic Freedom ranks Bolivia 158th, which puts it in the repressed camp. Government spending is 35.4 percent of GDP, but the deficit is covered by oil and gas receipts. Government debt is 33 percent of GDP.

According to the 2012 census, indigenous ethnic groups account for 40 percent of Bolivia’s population of 10 billion. The rest are mixed or white.