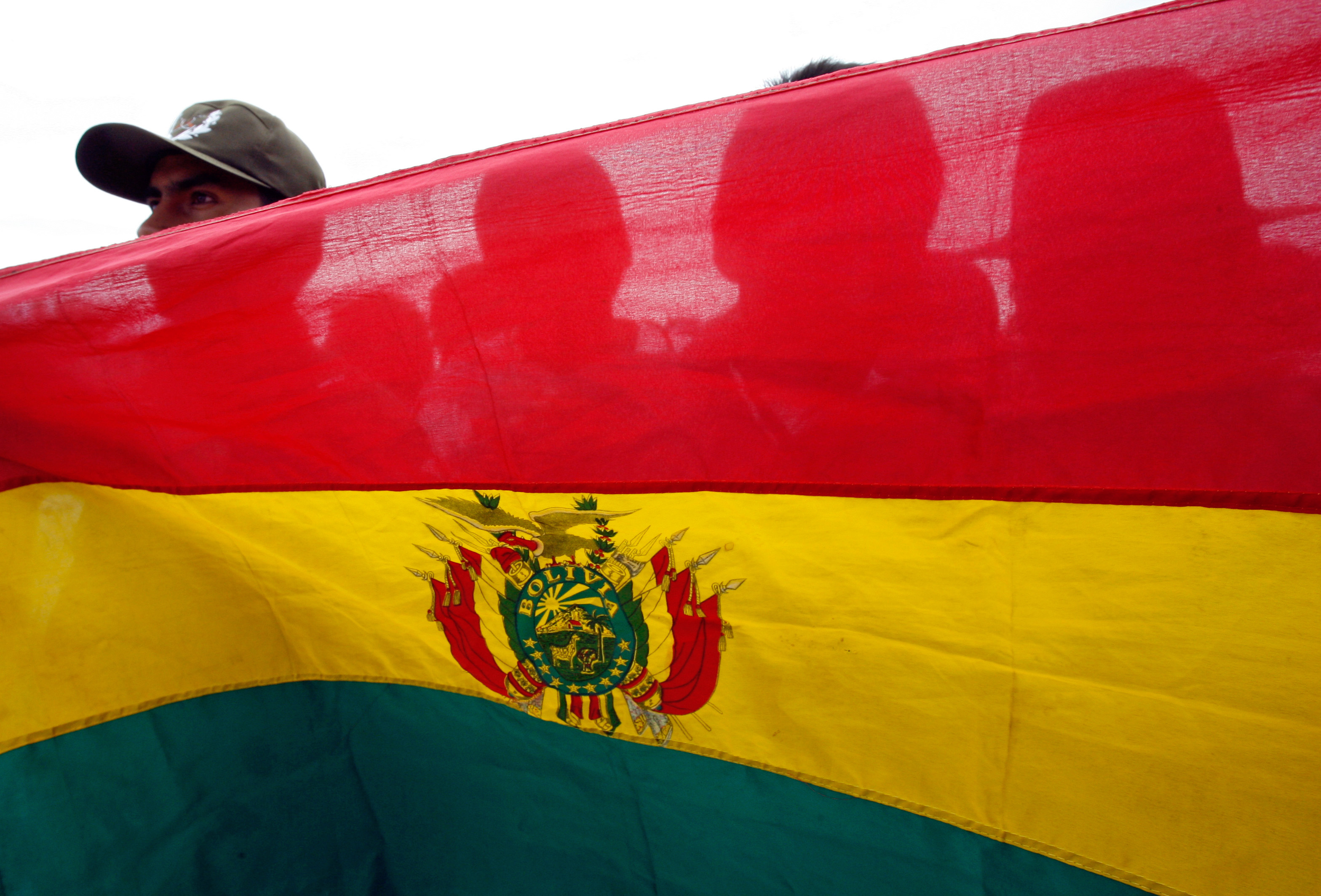 President Evo Morales has seized a second mine in a month and already taxes natural gas producers heavily. High prices allowed such antics and kept foreign firms onside. But slowdowns in Argentina and Brazil, Bolivia’s main customers, could whack revenue. Morales needs a Plan B.

Bolivians stand behind their national flag

Bolivia’s President Evo Morales said on July 10 that he would seize a mining concession from Canada’s South American Silver.

In June, Morales seized a tin and zinc mine owned by global commodities giant Glencore following weeks of protests.