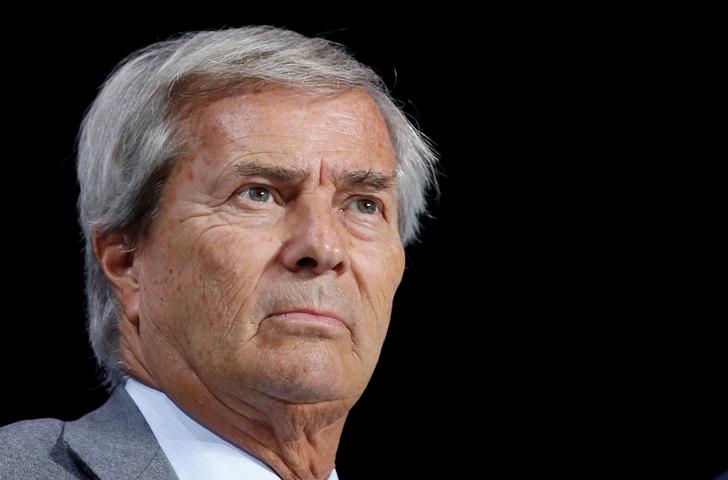 Vivendi’s doughty activists are fighting a losing war. Veteran corporate agitator Dan Loeb and others have plenty to criticise in the 35 billion euro French media conglomerate’s messy plan to list Universal Music. That is unlikely to prevent owner Vincent Bolloré and suitor Bill Ackman from getting their way.

Loeb’s Third Point has amassed a substantial stake in Vivendi, adding a new twist to an already convoluted deal saga. Shareholders will on June 22 vote on Bolloré’s plan to hand 60% of the world’s biggest music label to investors. Vivendi may also sell 10% to Ackman’s blank-cheque vehicle and retain a further one-tenth. Chinese technology giant Tencent owns the rest.

From minority investors’ perspective, it’s overly complex. Bolloré’s plan to keep a chunk of Universal within the parent company may help him retain some control, but it means that Vivendi’s historic conglomerate discount will linger. Spinning off the group’s myriad publishing and media assets, leaving investors with just the crown jewel Universal, may also have been more tax efficient. Meanwhile the Ackman deal seems unnecessary, and cheap. The implied 35 billion euro enterprise value compares with Bernstein’s valuation of 40.5 billion euros for Universal, based on a modest premium to rival Warner Music.

It’s unclear whether Loeb will lead an attack against those plans. A person familiar with his fund’s thinking told Breakingviews that it made the investment to gain exposure to fast-growing Universal, rather than mount an anti-Bolloré campaign. That said, he has potential allies in less-well-known activists Artisan Partners and Bluebell Capital Partners, which both criticised the spinoff.

Bolloré won’t lose much sleep. The Gallic billionaire is no stranger to boardroom brawls, having tangled with Elliott Management in Italy. And his near-30% of control of Vivendi’s voting rights gives him the whip hand. Bolloré needs a simple majority. Assuming 70% of shareholders turn up, he could carry the day with the support of fellow investors representing just 5% of the shares. Loeb’s apparent reticence to fight suggests he has gamed this out.

It’s possible that Loeb could push Bolloré to extract better terms from Ackman, rather than ditching the whole plan. The two hedge-fund grandees crossed swords on other investments, including Herbalife. Yet Bolloré is the one pulling the strings, and has little reason to listen to anyone else.

It is “evaluating” the French media conglomerate’s plan to sell a stake in label Universal Music to rival billionaire investor William Ackman. New York-based Third Point has been invested in Paris-based Vivendi for some time, according to the report.

Investors will have a chance to vote on the proposed spinoff on June 22.

It is “evaluating” the French media conglomerate’s plan to sell a stake in label Universal Music to rival billionaire investor William Ackman. New York-based Third Point has been invested in Paris-based Vivendi for some time, according to the report.

Investors will have a chance to vote on the proposed spinoff on June 22.