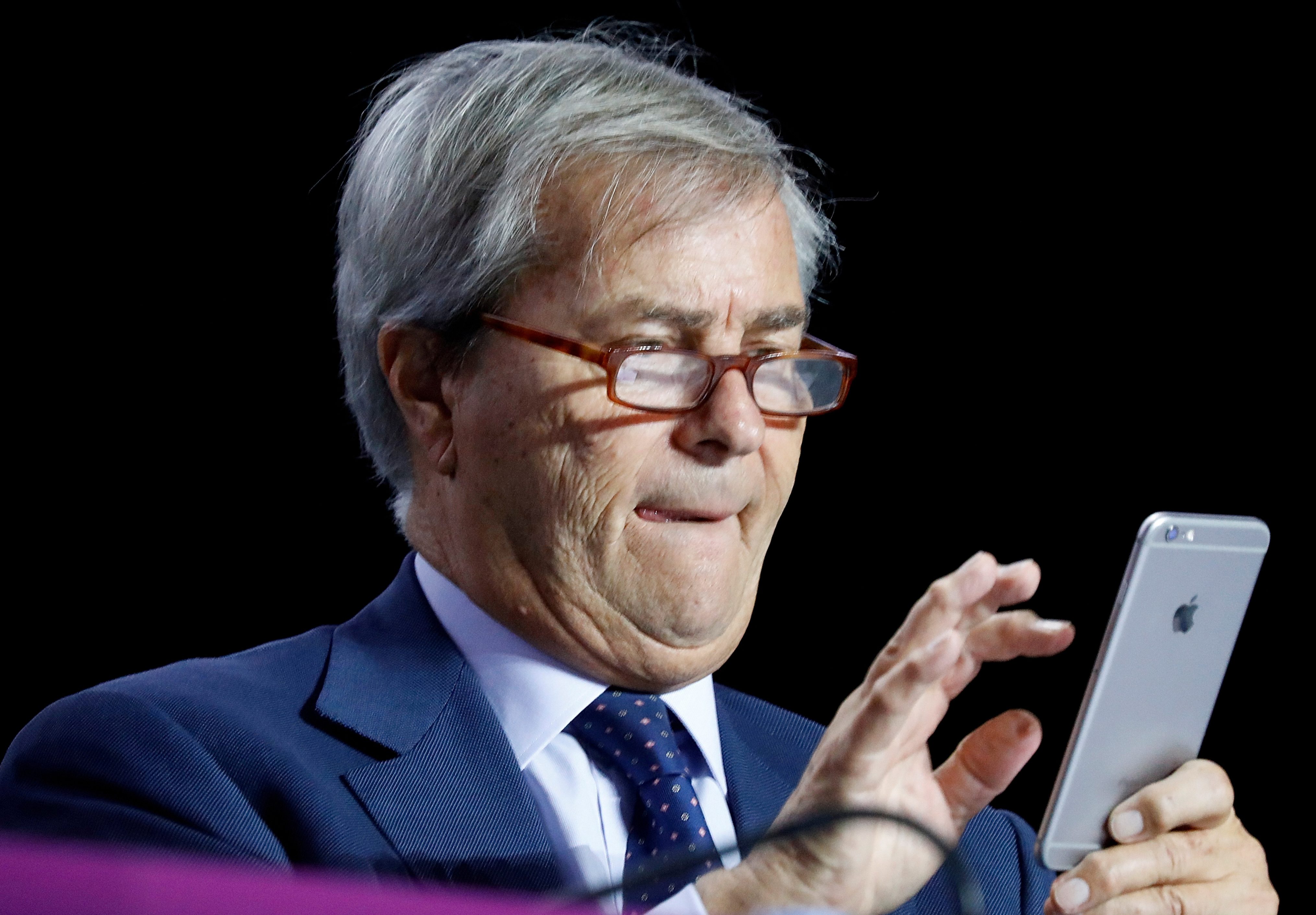 The French financier is ditching a shareholder pact that has long pulled the strings at Italy’s most influential investment bank. CEO Alberto Nagel, who has turned the bank around, gets a freer hand. But if the pact is not renewed, Mediobanca could more easily become a target.

Vincent Bollore, Chairman of the Supervisory Board of media group Vivendi checks his mobile phone while attending the company's shareholders meeting in Paris, France, April 19, 2018.

Bolloré Group will leave the Mediobanca shareholder pact from Jan. 1, 2019, according to a statement sent by the chairman of the shareholder agreement on Sept. 27.

The decision to leave the pact was made “in view of the Bollore group’s increasing financial commitment to Vivendi ...and the objective of being able to use its assets more flexibly”, according to the statement. The Bolloré Group intends to retain ownership of the stake, the statement said.