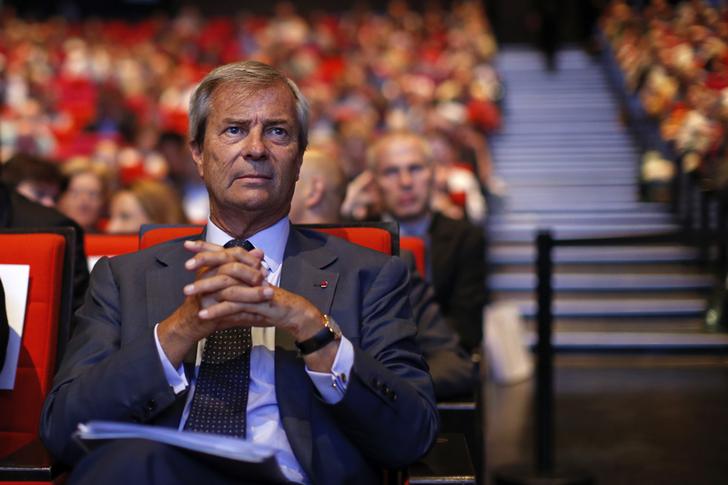 Vincent Bollore’s tilt at Telecom Italia’s board is too cheeky. The French tycoon wants four seats for his representatives, the Italian group said on Nov. 15. But this looks like bad governance, and it would be a gamble for other shareholders to back him.

Bollore’s move to appoint directors to Telecom Italia’s board isn’t in itself a surprise: as the man who controls French media group Vivendi, he is TI’s largest shareholder. Still, it looks like creeping control, and gives Vivendi an outsized say. Vivendi’s four directors would give Bollore an effective 23 percent of the board. Yet his actual stake is just 20 percent. That may fall to 14 percent once Telecom Italia completes a conversion of “savings shares” to the ordinary kind.

There are other oddities. Three of the new board members are senior executives at Vivendi, with potentially rival interests to TI’s own, and one has worked in the past with the French group. One existing TI board member, Tarak Ben Ammar, is a member of Vivendi’s supervisory board. As if that wasn’t enough, the resulting board will have an unwieldy 17 people on it.

The move shows Bollore’s clear intent to shake up Telecom Italia, but his precise motive remains unclear. Meanwhile Xavier Niel, owner of mobile group Iliad, has also been building a TI stake through options. TI risks becoming a plaything of the two Frenchmen.

Bollore still needs other shareholders to play along. His 20 percent stake may not be enough to drive the proposed board appointments through if more than 40 percent of TI shareholders show up to a meeting next month.

At least Bollore’s track record is not bad; Sanford Bernstein estimates that he has generated internal rate of returns ranging from 6 percent to 100 percent in past investments. And there may be a chance to create value at TI, which is indebted, and trades at a discount. Yet until he says what he wants to do with TI, there’s not an obvious reason for shareholders to give him the benefit of the doubt.

Vivendi has asked Telecom Italia to appoint four new members to its board of directors, increasing the size to 17, according to a statement from Telecom Italia on Nov. 15.

Herzog is an associate at Ondra Partners, according to her LinkedIn page.

Vivendi has asked Telecom Italia to appoint four new members to its board of directors, increasing the size to 17, according to a statement from Telecom Italia on Nov. 15.

Herzog is an associate at Ondra Partners, according to her LinkedIn page.