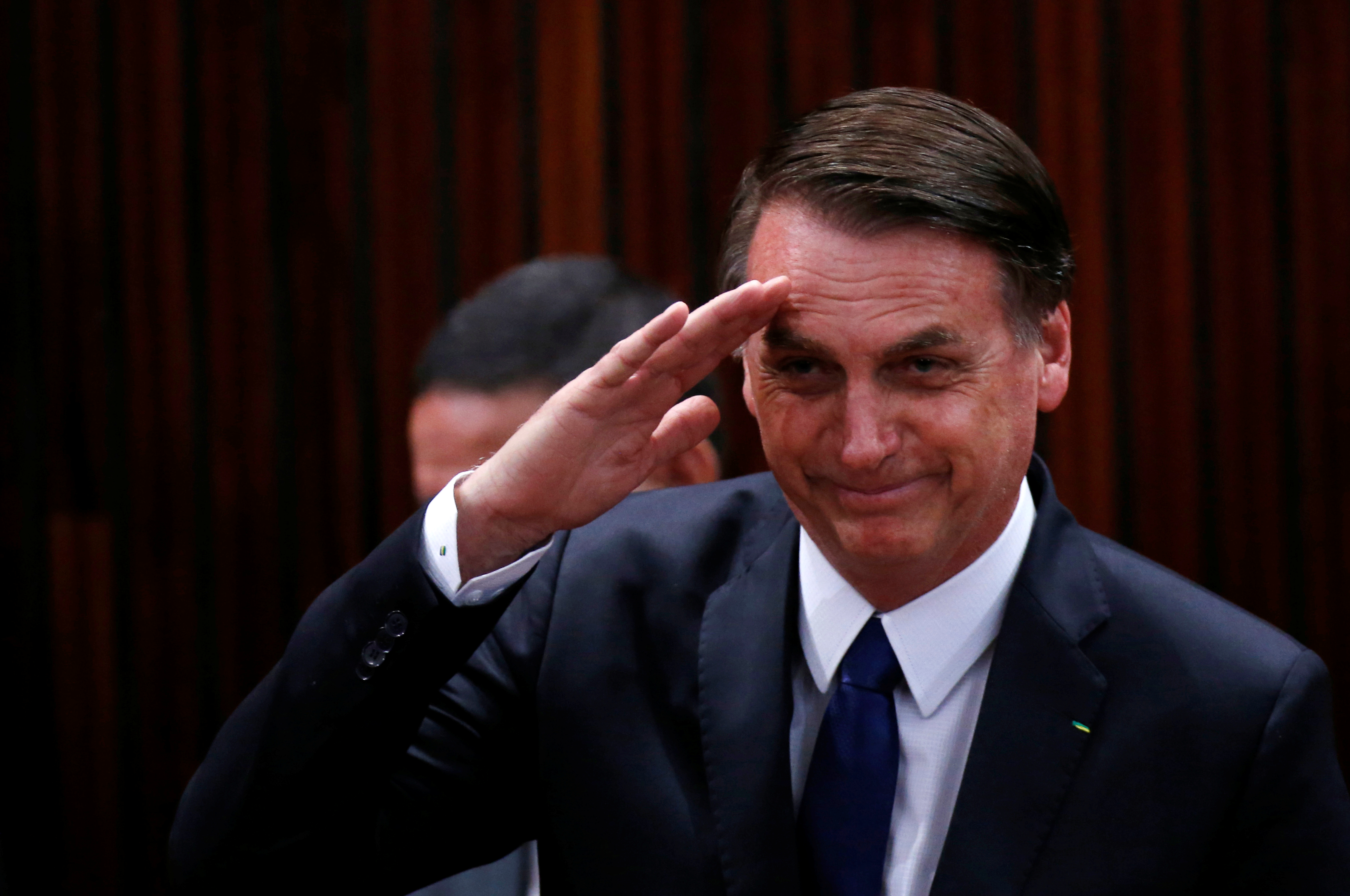 Brazil’s president has secured a budget-saving $195 bln overhaul of the country’s retirement program. It’s a success that eluded plenty of his predecessors. But the far-right leader’s low approval ratings and endless controversies may make tax and spending reforms a tougher slog.

Brazil's President Jair Bolsonaro salutes before receiving a confirmation of his victory in the presidential election in Brasilia, Brazil December 10, 2018.

Brazil’s Senate approved the main text of a landmark pension-reform bill by a vote of 60-19 on Oct. 22. Votes on the remaining amendments will take place on Oct. 23.

The government and economists said passage was necessary to stabilize Brazil's public finances, increase investment and improve the weak economy.

Brazil's Bovespa stock index increased 1.1% on the news, ending above 107,000 points for the first time, while the real rose over 1%.

The economy is expected to grow by less than 1% in 2019, slower than in the previous two years.