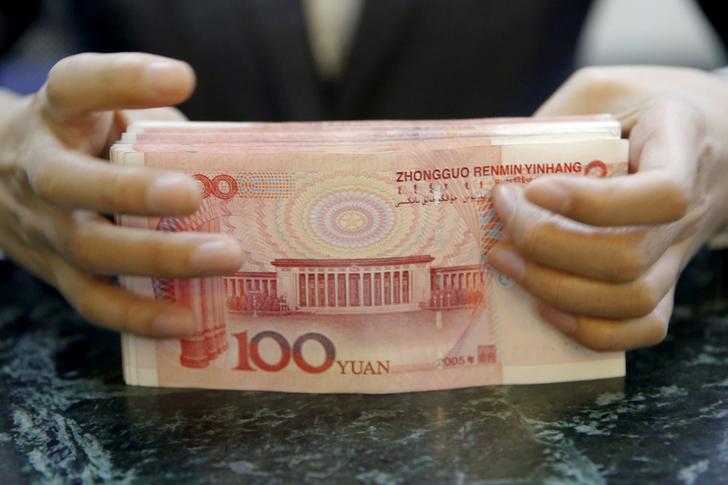 A surprise default by a state-owned coal miner has undermined confidence in the $2.7 trln triple-A market. Without tougher supervision of credit agencies, local officials, and company executives, President Xi Jinping’s fight against excessive leverage will pile on systemic risk.

A clerk of ICBC bank counts Chinese one hundred Yuan Banknotes as she poses for camera during a photo opportunity at its branch in Beijing, China, April 13, 2016.

State-owned coal mine operator Yongcheng Coal & Electricity on Nov. 10 failed to make principal and interest payments on 1 billion yuan ($152 million) in commercial paper, less than a month after raising the same amount in a bond issue.

In its third-quarter results, Yongcheng reported cash and cash equivalents worth 33 billion yuan. The company issued another medium-term bond note for 1 billion yuan in October.

Yongcheng announced on Nov. 2 it was transferring some of its core assets to its parent company, Henan Energy and Chemical Industry, at zero cost.

China's bond market regulator, the National Association of Financial Market Institutional Investors, said on Nov. 12 it was launching an investigation into whether Yongcheng and intermediary companies had properly disclosed risks. NAFMII added that it could impose sanctions or take other measures against any of those found to have violated rules.