M&amp;A with M and Q 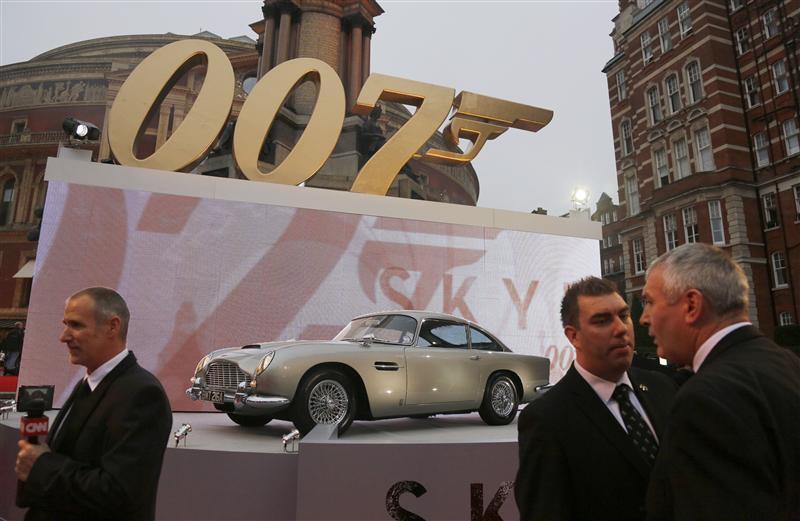 Its high-yield bond, that is. A $240 mln injection from Investindustrial should boost research and growth at 007’s favourite carmaker and spare some of its Kuwaiti owners’ blushes. But creditors are the immediate winners. After a rough ride, the bonds have roared back towards par.

An Aston Martin car is displayed near television crews before guests arrive for the royal world premiere of the new 007 film "Skyfall" at the Royal Albert Hall in London October 23, 2012. Makers of the new James Bond movie "Skyfall" have striven to combine the old-school values that made 007 such a success over the last 50 years with enough modern mores to keep the silver screen's favourite super spy relevant in a post-Cold War world. REUTERS/Chris Helgren

On Dec. 7 Aston Martin announced that Investindustrial, the Italian private equity firm, would pay 150 million pounds ($240.6 million) to acquire a 37.5 percent stake. The British luxury carmaker’s largest current shareholder is The Investment Dar of Kuwait, which led a group which bought Aston Martin from Ford Motor in 2007.
The Italian group, which sold luxury motorcycle maker Ducati to Volkswagen in April, trumped Indian tractor maker Mahindra and Mahindra to the investment, which will be made via a capital increase.
The sportscar company plans to invest more than 500 million pounds over the next five years in a new product and technology programme. Investindustrial expects the deal to close following clearance from competition regulators in the first quarter of 2013.
Last week, Moody’s Investors Service warned it could downgrade the rating on Aston Martin’s bonds, after weaker-than-expected third-quarter results. Aston Martin revenue fell 19 percent to 305 million pounds in the first nine months of the year, as unit sales fell 19.5 percent to 2,520 vehicles, according to Moody’s.