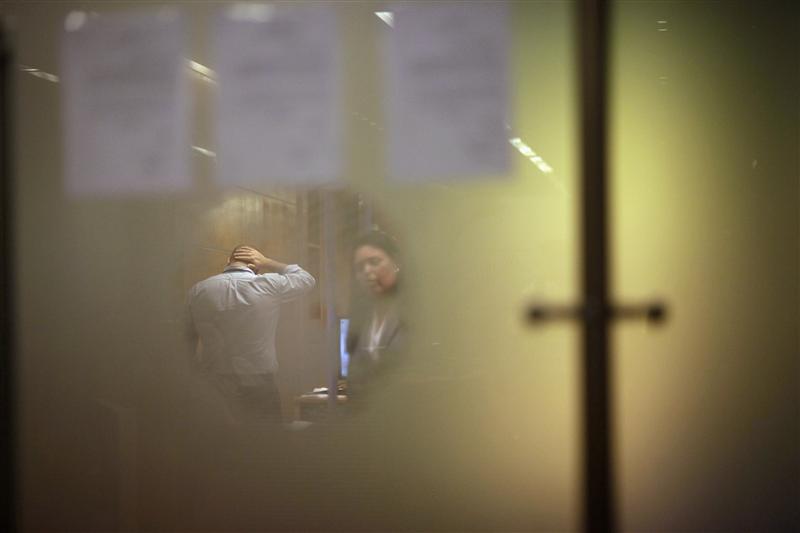 Some are crying foul over plans to impose a 50 pct haircut on creditors in seized Banco Cruzeiro. This may just be grandstanding, though there’s favoritism in the bail-in. But with no buyers for the disgraced mid-size lender, the other option is liquidation. No one wants that.

Inside the Cruzeiro do Sul bank in Rio de Janeiro (Reuters)

Brazil’s local deposit insurance fund, the FGC, unveiled on Aug. 15 plans to for a bail-in of troubled mid-size lender Banco Cruzeiro do Sul, which the country’s central bank seized in June after discovering “serious” financial violations.

Bondholders have until Sept. 12 to submit tenders for the bail-in to the FGC, which also has a mandate to find a buyer for the lender by the end of the year. As structured, the bond tender requires the consent of at least 90 percent of investors to succeed. If that target is not hit - or if the FGC can’t find a willing buyer - Cruzeiro will be liquidated. HSBC and Bank of America Merrill Lynch are acting as dealer managers on the tender offer.

The Cruzeiro takeover was the fourth seizure of a mid-sized Brazilian financial institution in the past year two years. Mid-sized lenders in Brazil are struggling with deteriorating funding conditions and suffering the repercussions of a relaxation of credit risk and accounting controls.