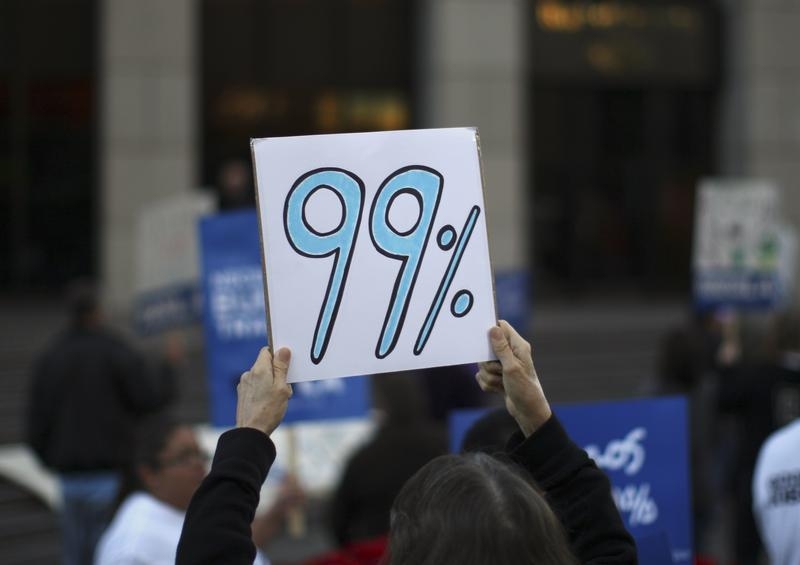 Slow employment gains and static wages don’t bode well for ordinary people’s pocketbooks, and a triennial Fed survey shows median incomes declined through 2013 while the rich got richer. A sluggish economy and poor fiscal and monetary choices are among the entwined causes.

U.S. nonfarm payrolls increased by 142,000 in August according to the Bureau of Labor Statistics on Sept. 5, falling short of consensus expectations for 225,000 new jobs compiled by Thomson Reuters. The unemployment rate ticked down to 6.1 percent.

The Federal Reserve’s triennial Survey of Consumer Finances for the period between 2010 and 2013, released on Sept. 4, showed that median real family income fell 5 percent to $46,700 during the period while mean real family income rose by 4 percent to $87,200 in 2013 dollars. Median incomes among the top 10 percent of earners increased 2 percent from 2010 to 2013, while mean incomes for the top decile increased 10 percent.