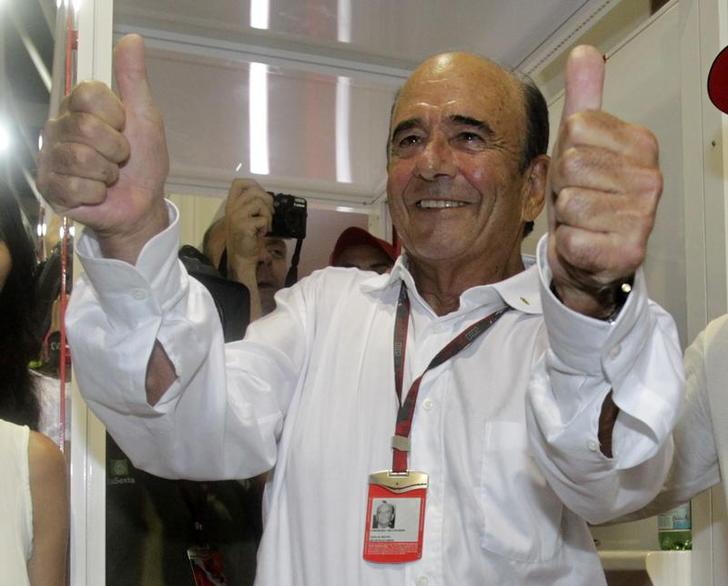 Emilio Botin transformed Santander from regional Spanish lender into global giant. He was a merger mastermind who usually got the upper hand. With slicked-back hair and red tie, he flew in a private jet, conferring with presidents and prime ministers as easily as bankers and chief executives. Yet unlike many of his peers during European banking’s boom years, Botin also had a cautious streak. It is that, rather than his swashbuckling style, which allowed him to keep his grip on Santander until his death at the age of 79.

When he replaced his 83-year-old father as chairman in 1986, Spanish banking was still a sleepy industry. Botin innovated and consolidated, luring customers with high-interest current accounts while merging with domestic rivals. Yet he did more than ride a growth wave. He was early to spot the opportunity in South America, and identified the importance of information technology, keeping computer systems in-house even as rivals embraced outsourcing.

Europe’s single market gave him another chance to expand. Santander swallowed Britain’s Abbey in 2004, and spent the next few years sizing up potential partners. Rather than attempt a merger, however, Botin put together a breakup bid for ABN Amro, enabling him to cherry-pick the Dutch bank’s best assets. Santander’s two partners – Royal Bank of Scotland and Fortis of Belgium – collapsed and were nationalised. The Spanish bank emerged bigger and stronger than before.

The collapse of Spain’s real estate boom and subsequent euro zone meltdown presented Botin with an even bigger challenge. Santander probably owes its survival to the European Central Bank’s determination to keep Spain in the single currency, and to the group’s good fortune that it did not build up a big investment bank. Yet Botin also deserves credit for never allowing his sizeable ego and desire for growth to provide an excuse for reckless lending. Shareholders have given him that credit. Santander shares have delivered a total return of 90 percent in the last decade, versus a negative 13 percent return for the Stoxx 600 banks index.

Botin encountered some scandal. Santander’s fund management arm invested with Bernard Madoff, while long-serving Chief Executive Alfredo Saenz stepped down following a criminal conviction. But Botin hung on, protected in part by control of board seats that far exceeds the family’s small shareholding. That may help ensure that another Botin, his experienced daughter Ana Patricia, succeeds him.

As European banks retrench, Botin’s style may belong in the past. It seems unlikely that another Spanish financier will enjoy the same rise. But his ability to combine risk-taking with deep caution will remain an important lesson to bankers everywhere.

Emilio Botin, the chairman of Spanish bank Santander, died on Sept. 9 aged 79. Botin joined the bank in 1958 and was named chief executive in 1977. In 1986 he was appointed chairman following his father’s retirement.

Emilio Botin, Executive Chairman of Spain's Santander Bank, poses for a photo with the Ferrari team after Ferrari Formula One driver Felipe Massa of Brazil won the Singapore F1 Grand Prix at the Marina Bay Street Circuit in Singapore September 26, 2010.

Emilio Botin, the chairman of Spanish bank Santander, died on Sept. 9 aged 79. Botin joined the bank in 1958 and was named chief executive in 1977. In 1986 he was appointed chairman following his father’s retirement.