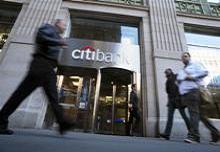 Judge Jed Rakoff isn’t convinced Citi’s $285 mln deal with the U.S. regulator serves the public interest. The watchdog can only blame itself. With few exceptions, lax enforcement has earned it a toothless reputation. Going to trial gives the SEC a chance to prove it has bite.

The SEC said Citi misled investors by failing to reveal that it selected most of the assets in the CDO and took a $500 million short position in the overall deal. The bank also allegedly retained a long position in over $100 million of the notes and took losses on them. In agreeing the settlement, Citi neither admitted nor denied the allegations.

Rakoff said he did not have enough facts to determine whether the settlement was in the public interest, because Citi did not admit or deny the SEC’s accusations. The judge ordered the parties to take the case to trial, which he scheduled for July 16, 2012.