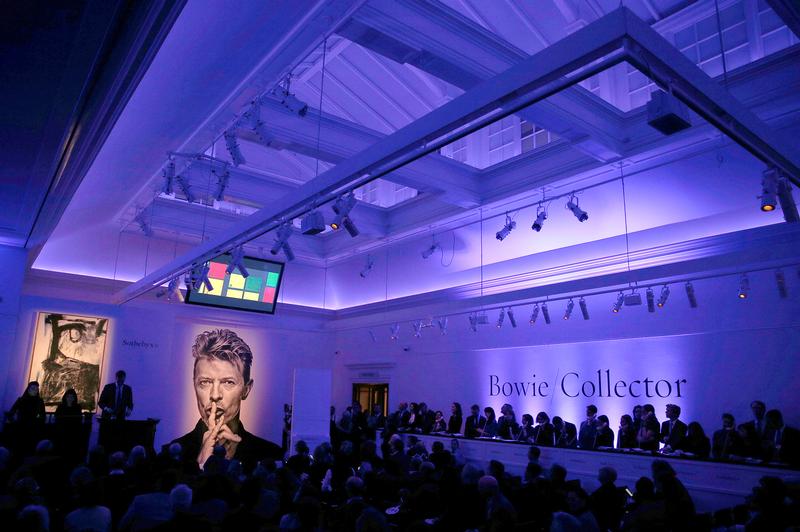 The first part of the late rock star’s collection sold for 24 mln pounds, more than expected for the entire portfolio. A record 3.8 mln pounds paid for a stunning Auerbach epitomizes Bowie’s eye and investment nous. The legacy of the music-securitization pioneer won’t slip away.

Lights are dimmed ahead of the "Bowie/Collector" auction, a sale of David Bowie's private art collection, at Sotheby's in London, Britain November 10, 2016. REUTERS/Peter Nicholls - RTX2T3NQ

The first of three Sotheby's sales of the late David Bowie's art collection raised 24.3 million pounds from 47 lots, three times the low estimate for the auction and more than the high estimate for all three parts of the collection.

Sotheby's said 765 registered bidders represented 46 countries, with double the expected number of participants from the United States for a sale of modern British art.

Parts two and three of the sale take place at Sotheby's in London on Nov. 11.