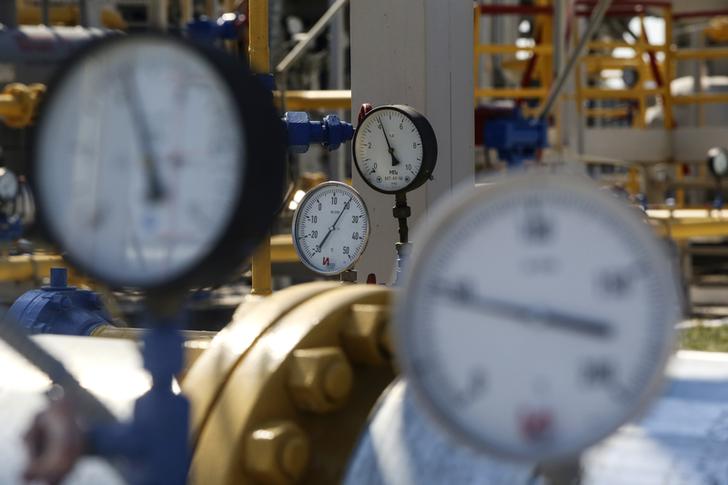 The UK major has bumped up the dividend despite obvious headwinds of the low oil price, exposure to Russia and uncertainty over Gulf of Mexico fines. Yet cashflow is growing, it has room to cut costs and its leverage is comfortable. BP can afford to be confident.

Pressure gauges are seen at a boosting compressor station.

BP’s underlying replacement cost profit fell 18 percent to $3 billion in the third-quarter, thanks in part to lower oil prices and a decline in the contribution from its stake in Russia’s Rosneft.

The group’s 19.75 percent stake in Rosneft contributed $110 million of BP’s $5.6 billion of underlying earnings before interest and tax in the quarter – down from $808 million in the same quarter last year.

However, the UK oil and gas major increased its dividend by 5.3 percent to 10 cents a share, saying it was confident in delivering its 2014 targets.

Total operating cashflow in the first nine months was $25.5 billion, up from $15.7 billion in the same period a year ago. BP said capital expenditure for the full year would be around $23 billion, compared with previous guidance of $24 billion to $25 billion. Gearing was 15 percent at the end of the quarter, within its 10 percent to 20 percent target range.

The UK major said it had agreed $4 billion of sales of its announced $10 billion asset disposal program.