Line in the sand 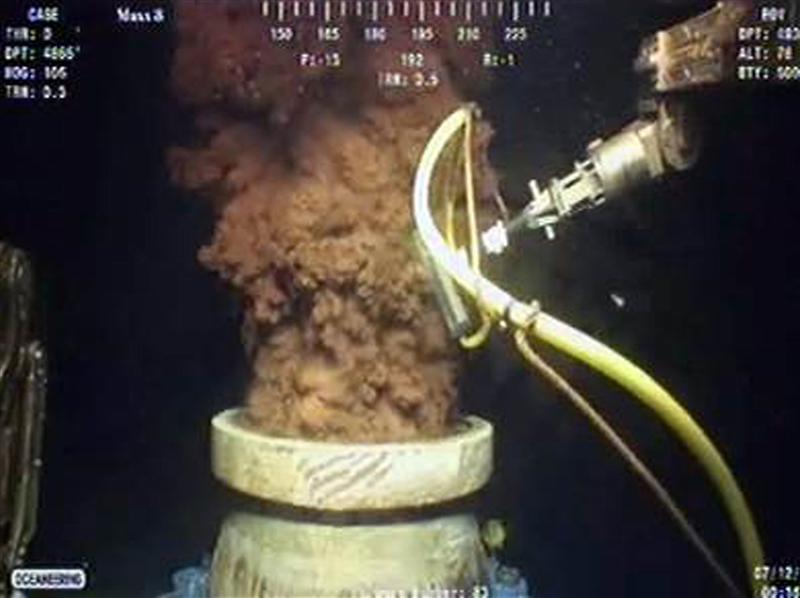 The UK oil major has settled claims with the U.S. government and five states for $18.7 bln. It brings the total bill to $53.8 bln. But it could have been worse and it’s payable over as much as 18 years. It may also mean BP can finally put the Deepwater disaster behind it.

Oil gushes from BP's ruptured well in the Gulf of Mexico, in this file still image captured from a BP live video feed on July 12, 2010. The explosion on the Deepwater Horizon drilling rig, which killed 11 workers, spewed oil for 87 straight days, soaking hundreds of miles of Gulf Coast shoreline in caramel-colored oil. (via Reuters)

BP has reached an $18.7 billion settlement with the U.S. government and five states over the damages arising from the 2010 Gulf of Mexico spill. The UK oil major said the settlement would increase its cumulative pre-tax charge for the disaster by about $10 billion to $53.8 billion.

BP said it had agreed to pay $5.5 billion over 15 years under the Clean Water Act. It will pay out natural-resource damages of $7.1 billion payable over 15 years, as well as a total of $4.9 billion to be paid over 18 years to settle economic and other claims from the five Gulf Coast states.

It said the payments will be made at a rate of around $1.1 billion a year for the majority of the payment period.

Bob Dudley, BP’s group chief executive, said: “This is a realistic outcome which provides clarity and certainty for all parties. For BP, this agreement will resolve the largest liabilities remaining from the tragic accident and enable BP to focus on safely delivering the energy the world needs.” BP shares closed up 4.4 percent to 434.5 pence a share.