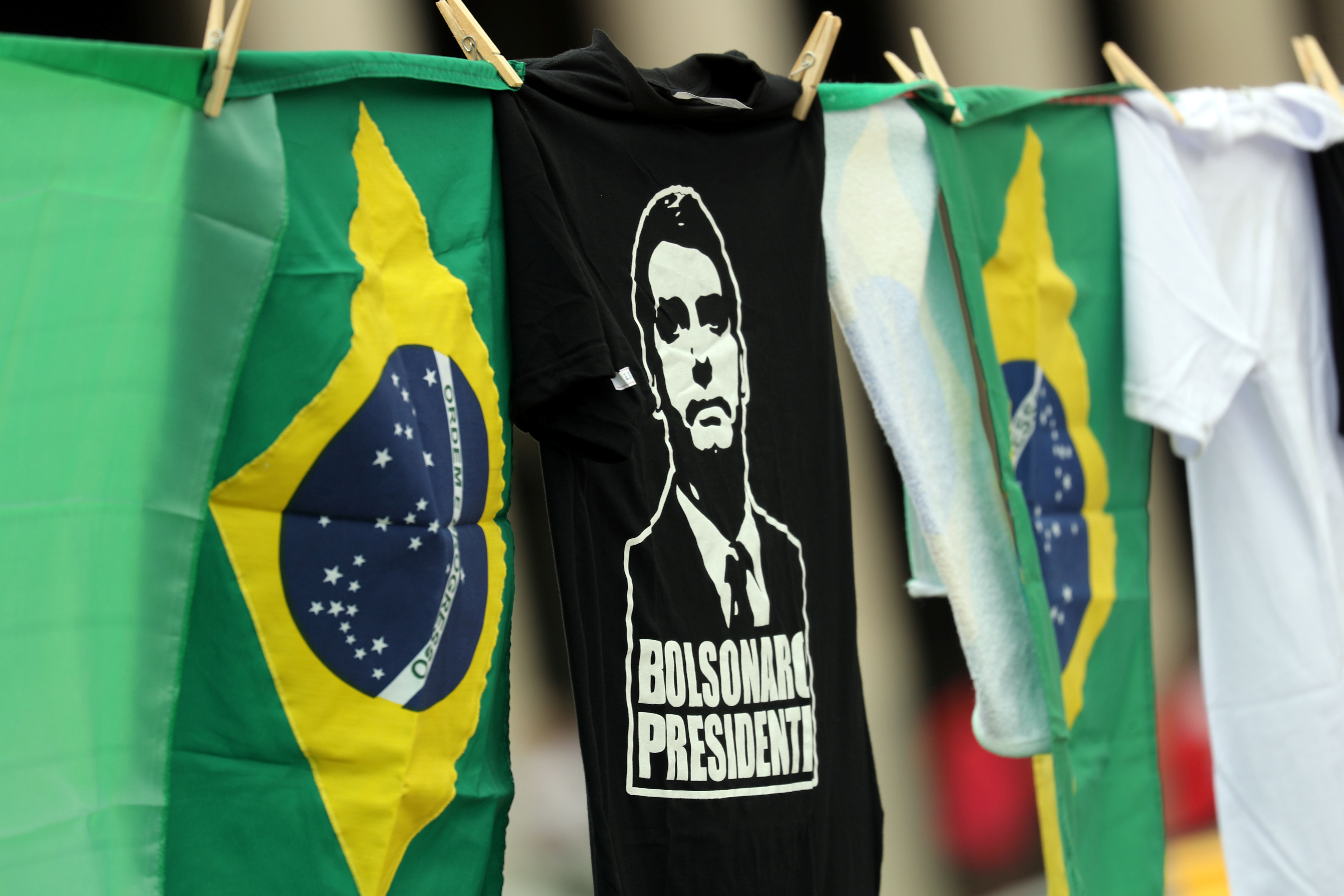 Elections on Sunday will probably send Jair Bolsonaro, a far-right nostalgist for military rule, and Fernando Haddad, a surrogate for jailed leftist icon Lula, into a two-man presidential runoff. Either would serve Brazilians best by letting his angriest backers down.

National flags and shirts with the image of Brazil's presidential candidate Jair Bolsonaro are seen for sale in front of Pacaembu Stadium in Sao Paulo, Brazil September 29, 2018.

Brazil's far-right presidential candidate Jair Bolsonaro is polling ahead of leftist Workers’ Party rival Fernando Haddad for the expected runoff in this month's election, a Datafolha opinion poll showed on Oct. 2. In a simulated second-round vote, the poll found Bolsonaro would get 44 percent support, beating Haddad's 42 percent, within the margin of error of the survey. The remaining 14 percent of voters are undecided or plan a blank or spoiled ballot for the vote, which is compulsory.

The first round of the election will take place on Oct. 7. If no candidate wins a majority, the election will be decided in a second-round runoff on Oct. 28 between the two top vote-getters. In a first-round scenario, Datafolha found that Bolsonaro had 32 percent voter approval, 4 percentage points higher than the previous Datafolha poll on Sept. 28. Haddad dropped 1 percentage point to 21 percent.

Brazilian markets rose for a second day on Oct. 3. The benchmark Bovespa stock index jumped 4 percent to a nearly five-month high and the local currency, the real, gained 2.6 percent against the U.S. dollar to its strongest level in almost two months.