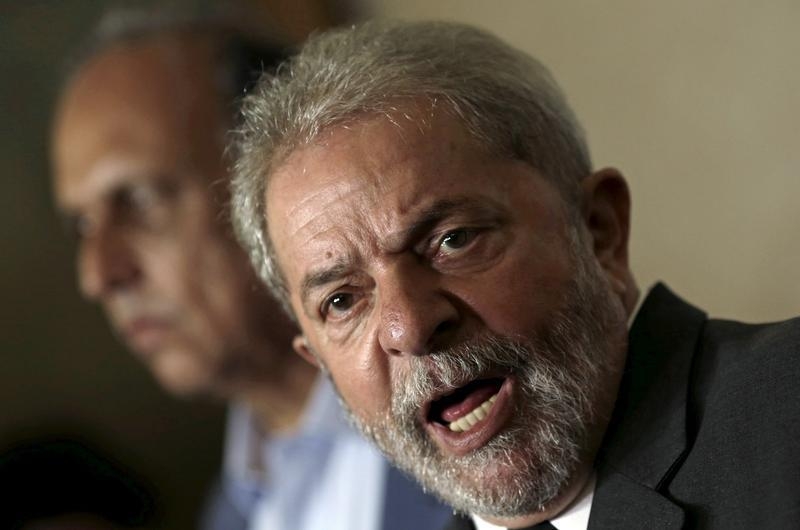 Former President Lula, the nation’s most powerful politician, has been questioned in a kickback scandal at state oil company Petrobras. Investors welcomed the move, though it deepens the troubles of his successor, Dilma Rousseff. The biggest winner is the rule of law.

Former Brazilian President Luiz Inacio Lula da Silva was held for questioning for three hours on March 4 in a federal investigation of a bribery and money-laundering scheme that police said had financed campaigns and expenses of the ruling Workers Party.

Police said they had evidence that he received illicit benefits from kickbacks at state oil firm Petroleo Brasileiro in the form of payments and luxury real estate.

Lula’s foundation called the detention “an aggression against the rule of law and Brazilian society.”

Brazilian assets rallied on initial news Lula had been detained, as traders bet that the political upheaval could empower a more market-friendly coalition. The nation’s currency – the real – gained more than 3 percent against the U.S. dollar, and the benchmark Bovespa stock-market index climbed nearly 5 percent. Shares of Petrobras surged 14 percent.