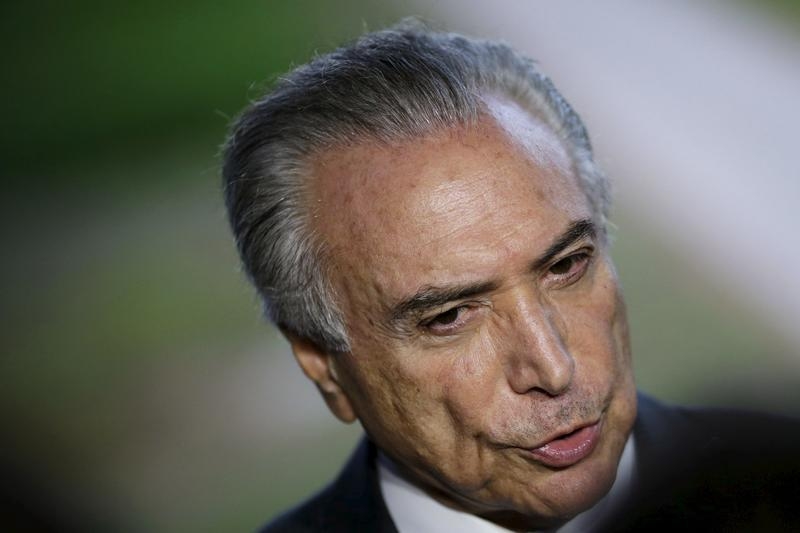 Brazil is trying a new Olympic event – call it the fiscal dash. Interim President Michel Temer has grabbed the baton from hapless Dilma Rousseff less than 90 days before the Rio Olympics begin. That’s also roughly how long he may have to get fiscal reforms under way in Latin America’s No. 1 economy before political discord or scandal slow him down.

Temer, a cunning septuagenarian known for his backroom maneuvering, wasted little time on Thursday after the Senate suspended Rousseff on charges she broke budgetary laws. He named Wall Street favorite Henrique Meirelles as his finance minister in a market-friendly – but unfortunately all-male – cabinet.

The roughly $2 trillion economy is facing its worst recession in decades, with GDP expected to shrink 4 percent for the second year in a row. State-controlled lender Banco do Brasil reported its worst results in seven years on Thursday, hit by rising defaults and loan-loss provisions; on the same day, state oil company Petroleo Brasileiro, which has been at the center of a massive corruption probe called Car Wash, posted its third straight quarterly loss.

Temer could stay in power until the end of 2018 if Rousseff is found guilty by the Senate, as seems likely. That would seem to give him breathing room to tackle the country’s many woes. Its primary fiscal deficit is more than 2 percent of GDP, for example. And its pension system is unsustainable. He may push for constitutional changes to boost his discretion over government spending or even impose a cap. Fuel taxes could go up, though Temer plans to focus more on cost cutting. Measures are also likely to make investing in the oil sector and infrastructure more welcoming to outsiders.

New Car Wash revelations, though, could erode his cabinet’s credibility. And if Temer hacks at social provision too heartily, he’s likely to face organized labor protests. Any necessary but unpopular steps he takes risk aggravating fractious lawmakers who’ll soon be distracted by the August Olympic Games as well as municipal elections in October.

It’s encouraging that Temer has been quick off the blocks. He may, though, have far less time to reach the finish line than expected.

Interim President Michel Temer on May 12 called on Brazilians to rally behind his government of “national salvation,” hours after the Senate voted to suspend and put on trial his leftist predecessor, Dilma Rousseff, for breaking budget laws. Rousseff denounced her ouster as a coup and denied committing any crime.

Temer, a 75-year-old centrist, called for “confidence” that Latin America’s biggest country and No.1 economy would overcome a crisis marked by a deep economic recession, political volatility and a sprawling corruption scandal.